The tension between Chinese tech giant Huawei and the US over 5G technology had reached a high point and Huawei had finally decided to bring the US in a lawsuit for false acquisition. Among other tech giants, Huawei was also testing 5G technology for a long time and planning to launch it as soon as possible which it has launched yesterday. However, the US has taken a firm stand against Huawei. While other countries were preparing for the rollout of 5G, US discouraged them not to use any equipment made by the Chinese company Huawei. The US government warned other countries too that the Chinese Government is using Huawei Kit for spying. Even president Trump asked allies not to roll out the 5G network of Huawei due to privacy concerns. However, Huawei 5G proved itself by topping the list of tech giants who are leading the race to develop 5G.

5G is the next generation of mobile broadband and it will replace 4G/LTE and for sure the company who is leading the 5G will be able to make more market control and will also set a stage of 6G service.

Moreover, Huawei had officially launched its 5G multi-mode chipset Balong 5000  along with the first commercial 5G device powered by Huawei 5G CPE Pro. So China is the first country who has launched the world’s fastest wireless connections. With high degree integration, Balong 5000 supports 2G, 3G, 4G, and 5G on a single chip. It effectively reduces latency and power consumption when exchanging data between different modes, and will significantly enhance user experience in the early stages of commercial 5G deployment. 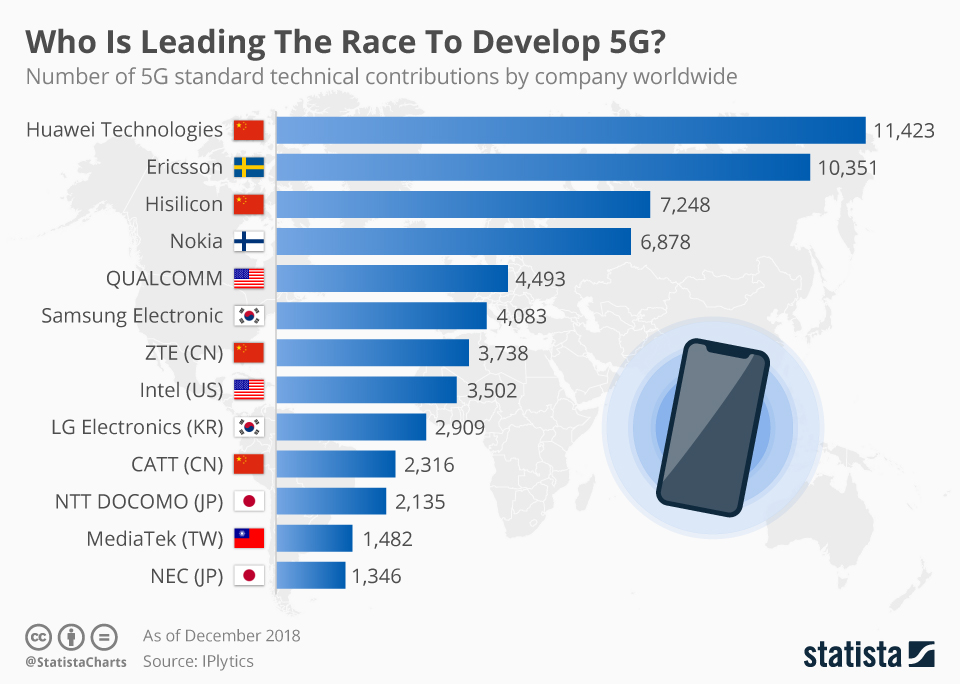 It seems like Huawei was not spying people with its chipset but it is just a matter of jealousy between the company as Huawei has taken the lead by launching 5G and 5G compatible device first when Verizon, T-mobile and Sprint from the US are still working on it.

The stats have also proved it now. Huawei is leading the 5G race whereas Ericson is third and Qualcomm is fifth. No doubt, the Chinese tech giant, Huawei is aggressively pursuing 5G adding technical contributions to the 5G.