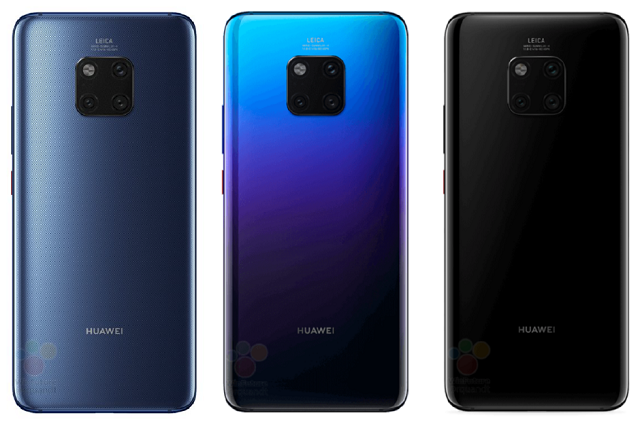 Both devices will be the first Kirin 980-powered smartphones and will maintain the company’s dedication to AI features. The chipset in the image is strategically positioned in the central upper part of the smartphone outline, confirming the square camera setup.

Huawei Mate 20 Pro Official Teaser Reveals Black, Blue, and Twilight color options. However, some reports are claiming that the Green variant is also in working.