We all know that Huawei is working on the next Mate series. According to some latest reports and rumors, Huawei Mate 20 line up is under-process and soon will launch. Now a retail listing has revealed the Huawei Mate 20 Specs and pricing. Let’s check out the alleged specs of the phone.

Huawei Mate 20 will come with a triple-camera setup 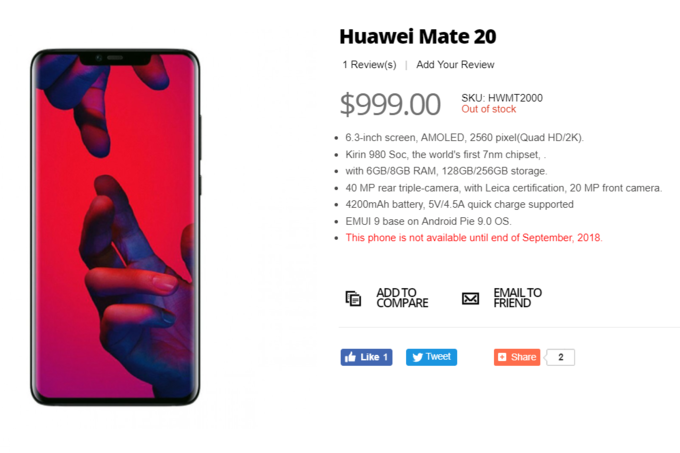 According to tipster Steve Hemmerstoffer, Huawei Mate 20 will have Kirin 980 processor. Also, the phone will come in two variants including 6GB or 8GB of RAM. These options are then combined with two storage capacities in the form of 128GB and 256GB which are expandable via a microSD card of up to 256GB.

Photography lovers will be happy to know that the phone will come with a triple-camera setup of 40 MP. Moreover, the phone will have a 20-megapixel camera up front which sits within the display’s notch.

Also, the phone will have a 6.3-inch screen. The phone will launch with a powerful battery of 4,200mAh. Huawei Mate 20 will come with the latest Android 9 Pie operating system.

Onsa is a Software Engineer and a tech blogger focuses on providing the latest information regarding the innovations happening in the IT world. She likes reading, photography, travelling and exploring nature. Contact: onsam[email protected]