This is less opinion than fact that in the past two years, Huawei has launched and worked effortlessly on its hardware by using cutting edge technology to make it tops the chart. We can clearly see the improvements in its both hardware and software even that Apple and Samsung are capable of.

The Mate 20 Pro, launched in the fall of 2018, had a remarkable battery life thanks to an impressive 4,200 cell at the time and the ability to use the wide-angle lens to take macro shots (tricks adopted this year by OPPO and OnePlus).And now we have the Mate 30 Pro, and once again, there is a clear jaw-dropping hardware trick: the ability to shoot slow motion videos at 7,680 frames-per-second. 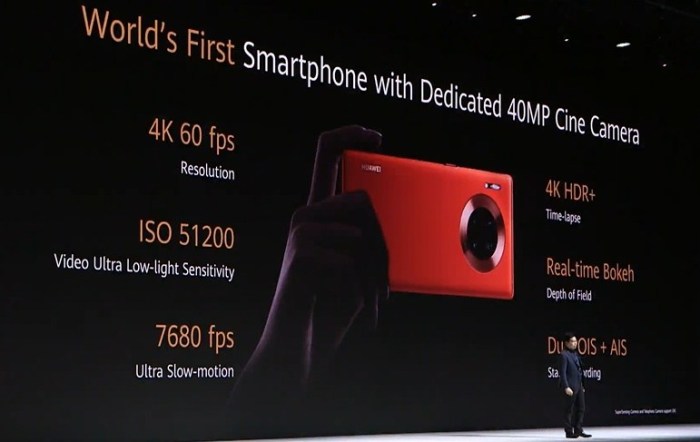 Six months later, the P30 Pro punched OPPO in unveiling a “periscope” zoom lens that could pull off nearly 10X zoom lossless and 50x optical zoom. The super Mate 3 has the ability to shoot the slow motion videos at 7680 fps (frames per second).

The higher the fps, the better in slow motion videos, as more frames ensures the images can be slowed down without choppy animations. Slow motion videos shot on smartphones have been maxing out at 240fps for many years. Last year, Samsung grabbed attention when it delivered 960fps slow motion video, and that number was the smartphone standard set by 2019–up to now, with Huawei’s 7,680.

In testing the Mate 30 Pro’s camera, the impression is that it fits the previous Mate 20 Pro’s or P20 Pro’s mold; if you know what you are doing the cameras can do things no other phone can do in the market. The Huawei Mate 30 Pro’s camera system is elaborative and highly capable.