The All-new Nova 5i Pro features a 6.26-inch IPS LCD of 2340x1080px resolution. It is powered by the 7nm Kirin 810 chipset. In addition to that, it runs Android 9.0 Pie straight out of the box. Moreover, a 4,000mAh battery cell will keep the lights on. It supports 20W wired charging that can top up 50% in 30 minutes. Coming to the camera department, the handset will boast a quad camera setup. There are four cameras on the rear of the nova 5i Pro and one on the front. The quad-camera set up of the smartphone is comprised of a 48MP f/1.8 Sony IMX586 main camera, an 8MP ultrawide module, 2MP Super Macro unit and a final 2MP depth sensor. However, there will be a 32MP f/2.0 front-facing camera that’s cut into the display. 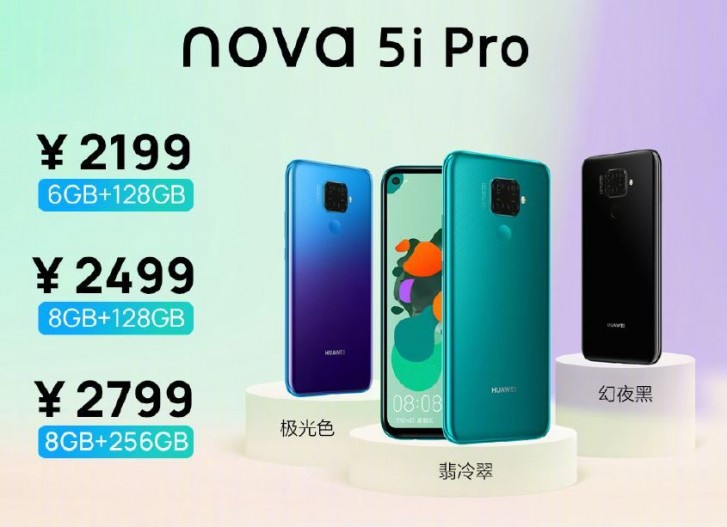