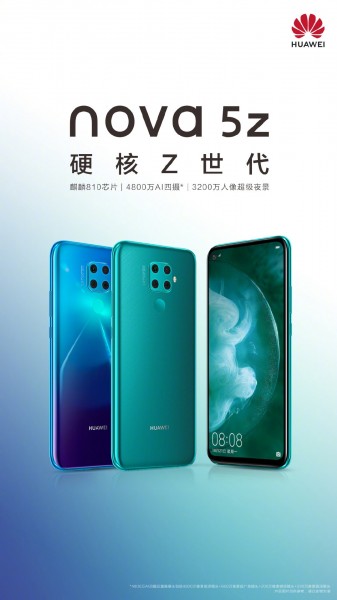 Design-wise, the Huawei nova 5z looks similar to the nova 5i Pro. It has a punch-hole display on the front. On the back, there is a fingerprint reader and the quad-camera setup placed in the centre in a square formation.

It will be a camera-centric phone. The quad-camera set up will include a 48MP main, 8MP ultrawide, 2MP macro, and 2MP depth sensor modules. Selfie lovers will be happy to know that there will be a 32MP camera on the front to take beautiful selfies. Moreover, the phone will come with Kirin 810 SoC.

From the specs, we can say that it will be a mid-range smartphone. Although the company has not revealed any pricing detail yet. In my opinion, it will cost around PKR 40,000 to PKR 45,000.