Huawei Mate S and Huawei G8 were put up on exhibit on the stalls, so that the honored guests could have a first hand experience of these smart devices. The launch event was further heightened with the series of entertainment programs and engaging activities. Mr. Fraz M Khan, Huawei’s Head of Marketing, gave out a detailed insight to the audience about the exquisite wonders, wrapped in the Mate S.

Huawei Mate S has “Power of Touch” as its core feature. Huawei Mate S is undoubtedly going to create a new experience for users that enhances their interaction with the device. When viewing photos, users can quickly preview and enlarge the snaps by pressing the screen with one finger, reforming the functions of a conventional phone. Another revolutionary feature of Huawei Mate S is that this smart phone can also be used as a scale to weigh objects. This innovative “Power of Touch”, was the main highlight of the event.

Mr. Shawn, who is now leading the devices division of Huawei in Pakistan said

“We have now, officially, introduced our premium smart phone, Mate S in Pakistan. This magnificent device is an excellent prodigy of Huawei, which exhibits our R&D team’s expertise and ultimate finesse, The flourishing technology market of Pakistan is indeed very fertile and holds promising growth prospects which is why, we are quite hopeful that Mate S will receive an overwhelming response in Pakistan, making Huawei, the best-selling brand of the region.” 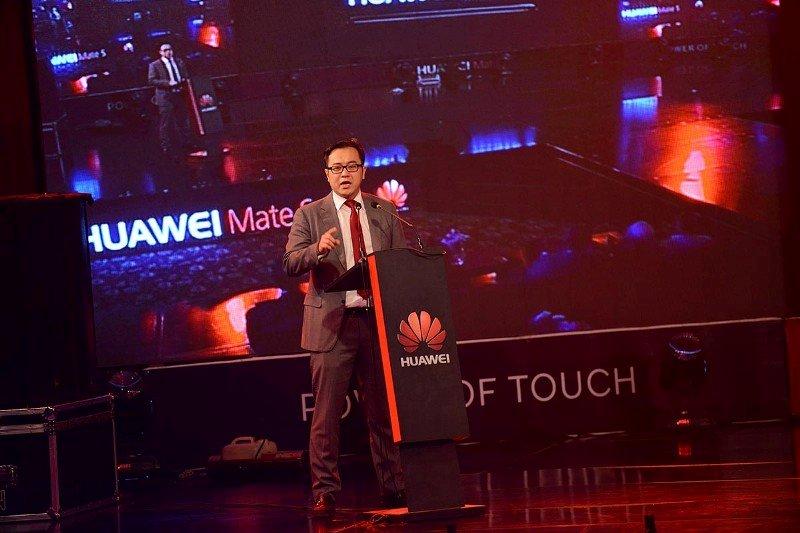 Mate S is equipped with a unicorn 935 processor, with 3GB RAM + 64GB ROM, has a front-rear 8,000,000 + 13 million pixel camera, equipped with 4100mAh battery and will run on Android 5.1 custom Emotion UI 3.1. Meanwhile, this luxuries gadget will support 4G, also have upgraded the version of fingerprint sensor, all-metal body, a thickness of 7.9mm and the weight of this beautiful gadget is just 185g.