As Huawei is planning to announce its next-generation HiSilicon SoC – the Kirin 980 during its keynote at IFA 2018. However, now, according to the official Huawei Weibo account, the OEM is going to introduce two new colors of its current Huawei P20 flagship series.

The Huawei P20 and P20 Pro were announced back in April and the hype of the devices is also over now. So the company is trying to alive its product again for a while longer. This is the tactic of every mobile phone manufacturer to give more hype to its device.

Huawei has not announced the actual colors of the devices. However, Huawei teased them on its Weibo account with two images – one with blue butterflies and one with pearls. It may mean that the two colors will be blue and white gradients. 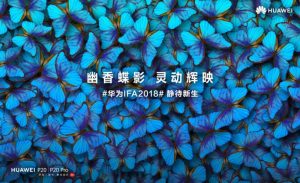 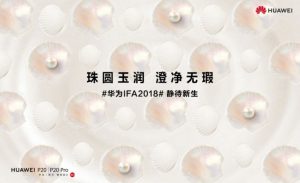 Huawei is also going to introduce Huawei’s Kirin 980 at IFA 2018. It is the world’s first upcoming 7nm Chipset. The Kirin 980 chipsets will be powerful and energy efficient. It will reportedly be produced by TSMC using the FinFET process. The volume shipments of the world’s first 7nm chipset will start next quarter.