We all know that the most awaited and sensational phone, P30 Pro went official almost two to three months back. Huawei P30 Pro is a true flagship device. According to new TENAA Listings, its new 6GB and 12GB RAM Variants will soon hit the markets. 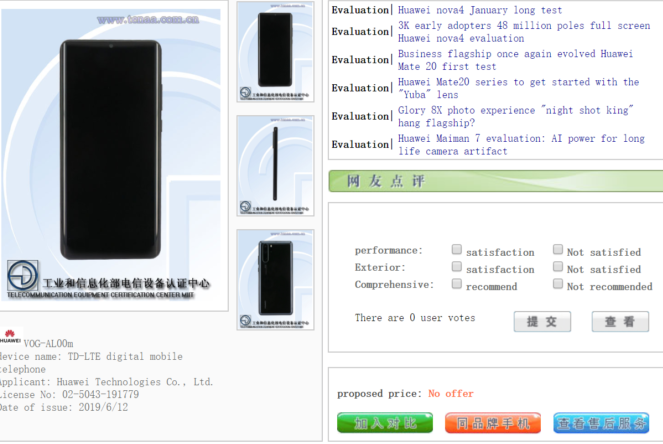 The best feature of the smartphone is its camera. P30 Pro comes with 8MP periscope zoom camera reaches a focal length of 125mm. Optical Image Stabilization (OIS) helps keep your photos sharp and videos smooth. In addition to that, Huawei and Leica also upgraded the two other cameras with exclusive features. Moreover, the smartphone has Sony provided a custom 40MP sensor with an RYYB color filter arrays. The Yellow takes the spot of Green for even better low light performance.

In addition to all this, the P30 Pro also has a 20MP ultra-wide angle camera (16mm) with autofocus, as well as a ToF sensor. It is used for multi-layer depth of field effect, making for more realistic bokeh. The flagship phone, P30 Pro is powered by the Kirin 980 chipset with heavy duty cooling. One more noticeable feature of the phone is that it gets Huawei’s best charging tech. It means it comes with the support of 40W Super Charge for the 4,200mAh battery. It also has 15W fast wireless charging support as well as reverse wireless charging.