We all know that Huawei has showcased its most innovative smartphone, Mate X at the MWC19 event. The smartphone maker is now prepping to release the Huawei P30 Pro on March 26 in Paris, Europe. The company has been teasing the P30 Pro for many weeks. Recently, a new teaser showed up. Huawei P30 Pro teaser hints at 10X Optical Zoom.

The new teaser suggests that the device will carry a folded optics modules. The handset will feature the recently announced 10x optical zoom feature. Furthermore, the new device seems to be purely designed for photography lovers as it contains improved camera modules on both the rear and front sides. The teaser also suggests the glass back design. Let’s have a look at the teaser poster. 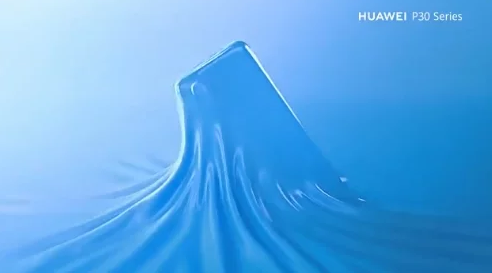 The smartphone maker, Huawei had been working on its P30 series for many months. According to the previous reports, the P30 phones have fashion-themed names – Elle, Vogue, and Marie Claire. According to the sources, Vogue is said to be the codename for the smartphone, P30 Pro while link will be replaced with “Leica” on the final product. Moreover, the Huawei P30 Pro is claimed to be the most powerful handset among the series.

The upcoming flagship phone will have a design quite similar to the Mate 20 Pro. Moreover, it will feature a teardrop design at the top and will have a triple rear camera setup. However, according to previous leaks, the handset was rumored to feature quad camera setup. The company needs to answer a lot of questions. Will the handset sport a triple rear camera set up?? Will it come with Quad-Cam setup?? We are not sure about any of these P30 Pro specs right now. Let’s see what will Huawei offer in its new flagship phone.