We already knew that Huawei is going to reveal its P40 series on March 26. The series has also appeared on TENAA listing giving us an idea about the specs of the upcoming phone. Now the Huawei P40 Pro 5G Appears on Geekbench. Let’s have a quick look at the specs revealed by the Geekbench.

The upcoming 5G phone has appeared with the model number ELS-NX9. The listing has revealed that the phone will run Android 10 out of the box. Also, it will have 8GB RAM onboard. In my opinion, there should be some higher memory variants too. This is all that the Geekbench listing has revealed.

Anyhow, the previous listings and renders have revealed that the phone will come with the Kirin 990 SoC. But the company has said nothing about it yet. 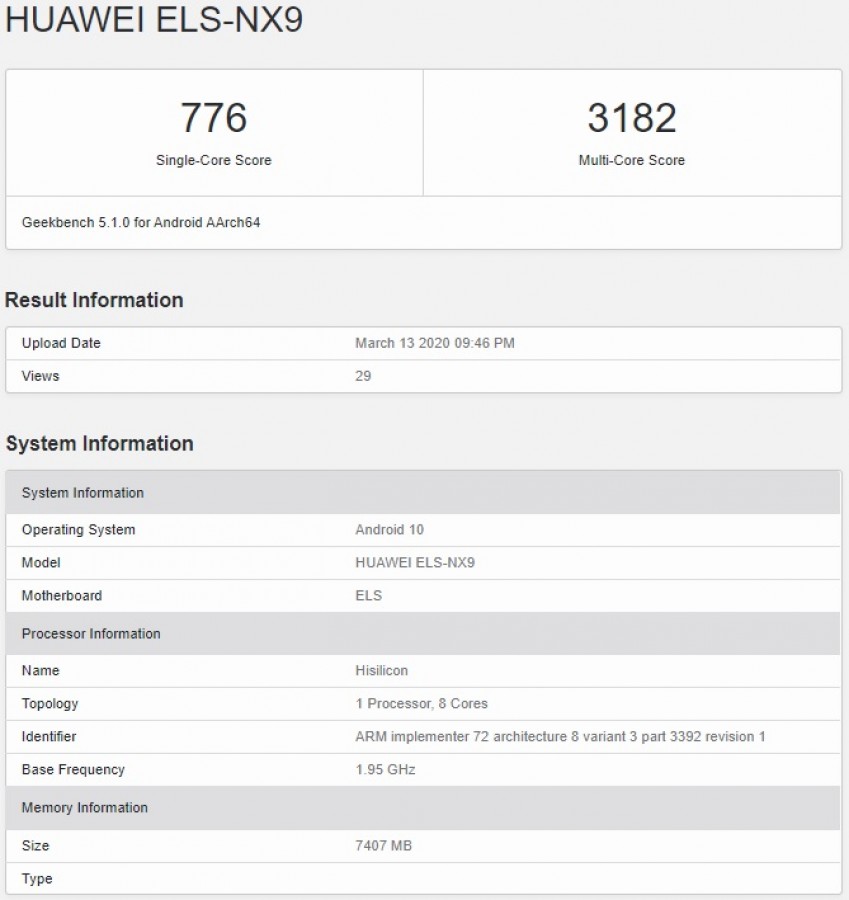 As you can see in the image above. The phone has achieved 776 and 3,182 points in the benchmark platform’s single and multi-core tests respectively.

The P40 series will include the vanilla P40 and a Premium Edition. One of the prominent features of the Premium model is that it will come with five cameras on the back inside a rectangular plate.

We will surely get more authentic information in the coming days. So, stay tuned.

Google Pixel 7: What to expect at Google’s October event

PuBG Mobile to Receive a Dreadful Crossover this Halloween