Huawei P50 series is expected to launch next month. The series will include three smartphones. We are also getting more details about the upcoming series every passing day. The company has itself teased the camera setup. Now, Huawei P50 hands-on photos surface online. 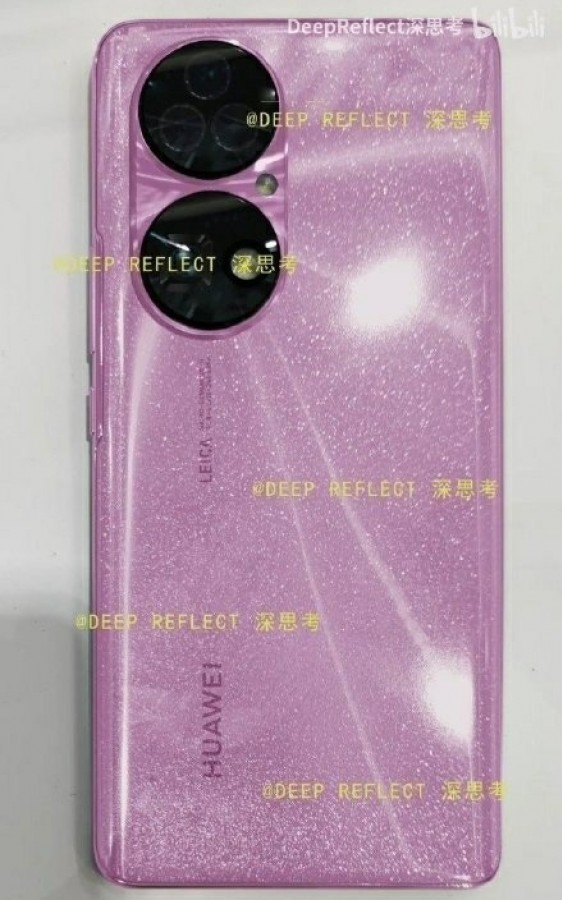 The photos reveal the phone in dazzling sparkling Pink colour. It will come with a dual-circle solution to house four cameras. There are three cameras at the top, while at the bottom there will be a periscope camera.

Although Leica is planning to launch its own smartphone, the partnership with Huawei will continue for the P50 series as well. It is also expected that P50 phones might have a fancy brand and colours on the back.

However, the previous reports revealed that the upcoming series will not have a 5G chipset. It is hoping that  Qualcomm will Huawei with a dedicated LTE-only Snapdragon 888 platform for a part of the series. Whereas, the rest of the phones will come with the 5nm Kirin 9000 chips.

Anyhow, we will get more information about the phone in the coming days. So stay tuned for more updates.