Huawei P9 launched back in 2016 with Android 6.0 Marshmallow. Later on, it received Android update of version 7.0 Nougat. Now according to the latest report revealed by PhoneArena, Huawei P9 Android Oreo Update has been cancelled. Furthermore, it is still unclear whether P9 Lite and P9 Plus will get the update or not. However, according to the e-mail considering hardware limitation as for the main issue, these two phones will also not get the update. 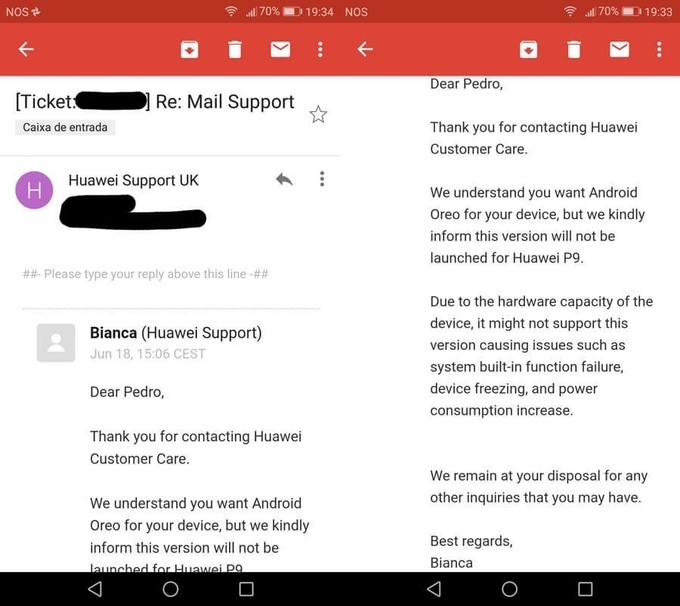 However, the phones that will get the update,  Huawei has attached a very long changelog to the Android 8.0 Oreo build, which confirms the smartphone will be getting loads of new features and improvements. The update includes EMUI 8.0, faster AI-based optimizations, new floating Navigation dock, exclusive preloaded themes, and much more.