Chinese tech giant Huawei has unveiled two prototype removable lithium-ion batteries that can recharge in minutes, using a bespoke charger. These batteries have been built in Watt lab, which is a part of Huawei’s Central Research Institute in China. Huawei’s Watt Lab, which pioneered this technological marvel, said that they fused the graphite of the battery’s anode with heteroatoms. These atoms increase the charging speed without affecting the battery’s life.

Two batteries, one of 600 mAh power and another of 3000 mAh power were considered. The lower capacity battery charged by 68% in two minutes – but is not big enough to run a smartphone for long. The higher capacity one charged by 48% in five minutes and could provide up to 10 hours of talk time. 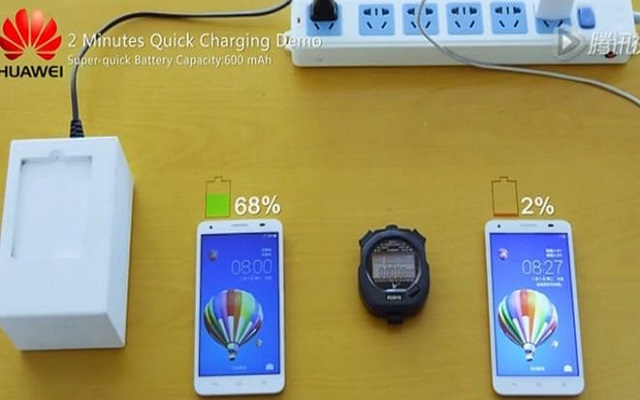 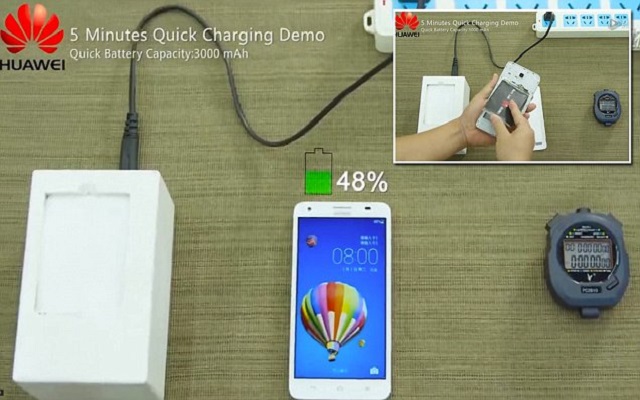 The officials at Huawei have said that,

“Huawei is confident that this breakthrough in quick charging batteries would lead to a revolution in electronic devices, especially with regard to mobile phones, electric vehicles, mobile power supplies and wearable devices. Soon, we will all be able to charge our batteries to full power in the time it takes to grab a coffee!”

It has not yet been revealed by Huawei that when these batteries will be launched in the market. But Huawei’s quick-charge batteries need a special charging platform which, although it doesn’t look too bulky, is still an extra device that you will need to carry around along with your charger. However It is not yet clear when the technology might be available for daily use by a consumer.