The University of Engineering and Technology – Lahore and Huawei Technologies Pakistan signed a historical agreement yesterday the 25th of March 2015. This agreement gave UET Lahore the status of being a Huawei Authorized Network Academy.

Being a HANA, UET Lahore now has a facility to train Engineering students for Huawei Certification programs and get them Certified on Huawei products and technologies. Huawei has also provided UET with some state-of-the-art network equipment which will be used to give students hands-on experience on the latest industry equipment during their training programs there.

[pull_quote_left]This ceremony will mark the further strengthening of a already strong relationship between industry and academia, and I would like to thank the guests from Huawei for considering UET as a partner in their Certification program in Pakistan.[/pull_quote_left]

The ceremony was attended by the director of Huawei Global Certification Program, Mr. Tuwenjie, the Honorable Vice Chancellor of UET Dr. Fazal Ahmad, the Consul General of Chinese Consulate in Lahore, the Deputy Consul General along with various Heads of Departments and a delegation from Huawei Enterprise Business Team. 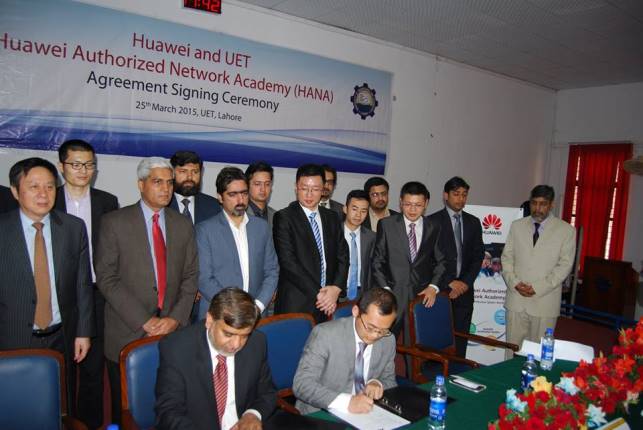 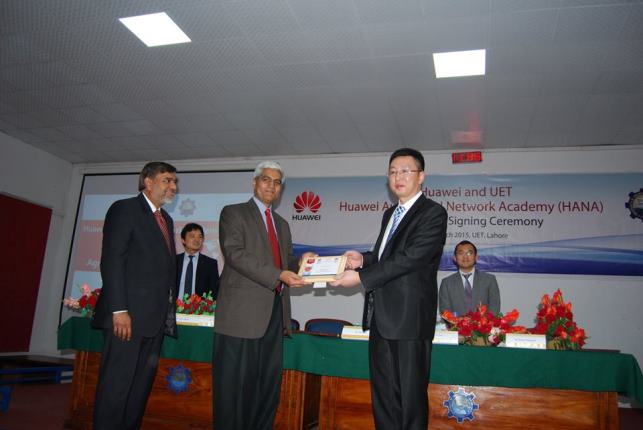 [pull_quote_center]Being a pioneer in the educational institutes of Pakistan, UET has played a great role in the country’s development and the status of becoming a Huawei Authorized Network Academy, will give most of you a chance to work closely with the industry leading vendor and I hope to see many Huawei Certified students graduating from UET in the coming years.[/pull_quote_center]

The ceremony marked the further strengthening of ties between Huawei & the Higher Education institutes of Pakistan and further strengthened the resolve of Huawei to participate and play its role as a responsible technical multinational working in Pakistan. www.huawei.com/pk