Huawei, Chinese company, has launched many remarkable products in the market that seeks the attention of customers for its quality products and always produces most promising products for the customers.  Now if we talk about the latest product which Huawei is soon going to launch is ATH-ALOO but this may not be its original name.

The phone will support dual-SIM functionality so that user can easily manage between both the numbers. Because mostly youth and students and some time business men use two numbers for ease in personal and professional life. 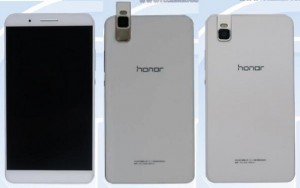 The phone has also been provided with fingerprint scanner that has been embedded in the home button.  There is a button on one side of the phone that could be used to unlock as well as to scan the owner fingerprints.

Huawei doesn’t reveal much about these phones but the camera feature is attention seeking feature of the phones. So those who love to take selfies and photos should definitely buy theese phones.