Huawei UET Telecom & IT Center (HUTIC) accentuates remarkable collaboration between Huawei Technologies, China and UET Lahore. This technology transfer project was initiated to bridge the gap between industry and academia. Huawei Technologies has provided the center with the latest GSM/GPRS/NGN equipment of worth 8.3 Million USD. In 2011, this centre was equipped with the datacom equipment worth 0.5 Million USD and awarded with the status of Huawei’s Authorized Learning Partner (HALP) as well. HUTIC conducts telecom and datacom hands-on trainings on Huawei’s equipment. The trainings are designed to technically equip the local and foreign engineering students and professionals from the telecom industry in Pakistan.
From Dec-2012 to July-2013 the Huawei UET Telecom and IT Center has trained around 500 graduate and under-grad students from several prestigious universities across Pakistan including Superior University, Hazara University Mansehra, FAST Lahore, UET Lahore, CIIT Lahore and Gomal University, Dera Ismail Khan. The centre also trained industrial professionals from Warid telecom and WISECOMM.
To award certificates to the successful trainees, HUTIC organized a certificate distribution ceremony on July 5th, 2013. Mr. Jack Lee-Account Manager Enterprise Business Solution at Huawei Technologies honored the ceremony as the chief guest. Mr. Naseem Usmani Senior Advisor Huawei Technologies —- was also invited at the event.
The event started with the recitation of Holy Quran by Mr. Noor-ul-wara, HR Officer KICS. Director HUTIC Dr. Waqar Mehmood welcomed the guests and students and briefed them about the trainings conducted at the centre. He also briefed about the research going on in various labs of Al-Khawarizmi Institute of Computer Science. Then the respected guest Mr. Naseem Usmani addressed the students. He expressed great enthusiasm and encouraged the students to work deliberately for Pakistan. Stating about the objectives of Huawei’s equipment installation in HUTIC, he emphasized on the importance of the hands-on exposure provided through the courses conducted at the centre. He also discussed with students that Huawei is looking beyond 3G and the associated huge spectrum changes would definitely have a strong impact on Pakistan’s economy and employment rate. He concluded his address with the promise that Huawei looks forward to upgrade the GSM equipment at HUTIC towards 3G and LTE networks. 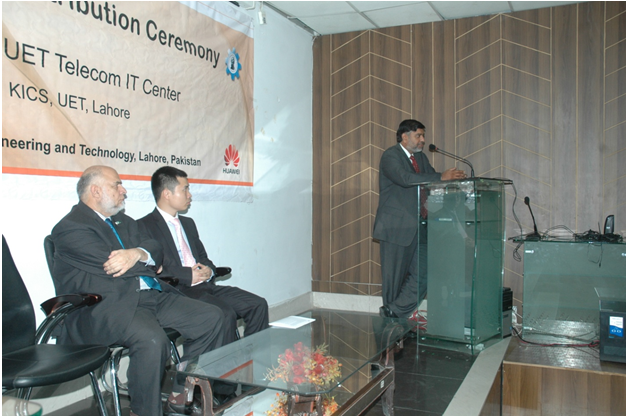 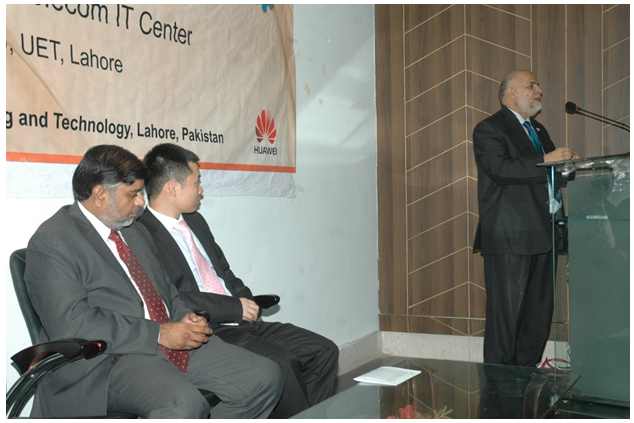 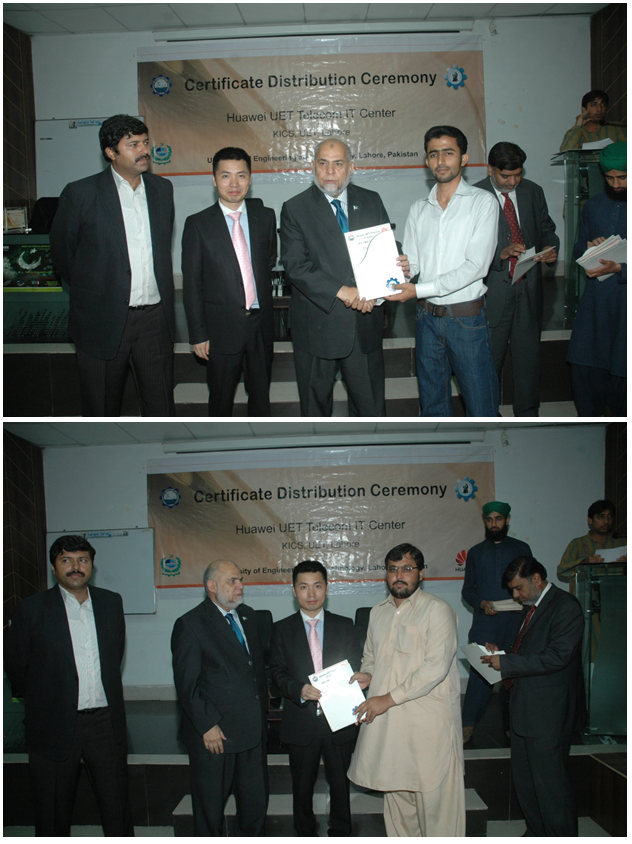 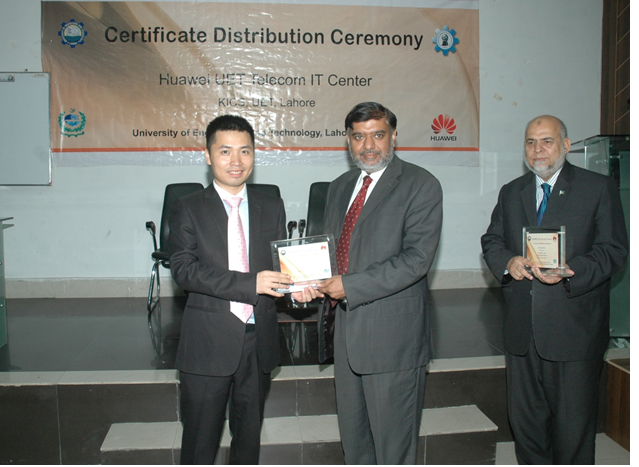 Seeing the rapid success of Huwaei Technologies in Pakistan, the chief guest Mr. Jack Lee showed keen interest in bringing the enterprise solution in Lahore. Later on the chief guest Mr. Jack Lee and the distinguished guest Mr. Naseem Usmani distributed certificates to the successful students. Dr. Waqar thanked the honorable dignitaries presented them shields as token of appreciation. Refreshment was arranged in the HUTIC department, and later on the ceremony ended with a group photograph.