IBM is divided into two public entities, with a spin-off managing the legacy IT technology work of the group, enabling IBM to concentrate on new high-margin companies , particularly cloud services and AI.

This week the 109-year-old company reported the news, which continues the long-term strategy of CEO Arvind Krishna to streamline the sprawling firm. After working on its $34 billion takeover of open source tech company Red Hat from 2018 onwards, Krishna took the reins of IBM in April 2020. The platform from Red Hat is central to IBM ‘s current hybrid cloud offerings.

Next year, a new corporation that relies on legacy IT infrastructure will be called and spun off. After the announcement, IBM shares closed approximately 6 percent higher. It marks the new move to diversify away from its conventional industries by the world’s first major machine company.

In a tweet, Arvind Krishna, CEO, said IBM is laser-focused on the $1 trillion hybrid cloud opportunity. Application and technology services customer purchase requirements are diverging, while our hybrid cloud platform adoption is accelerating.

In view of this effect of automation and cloud, BM is effectively getting rid of a declining, low-margin business, masking better development for the rest of the business, ”said Wedbush Securities analyst Moshe Katri. 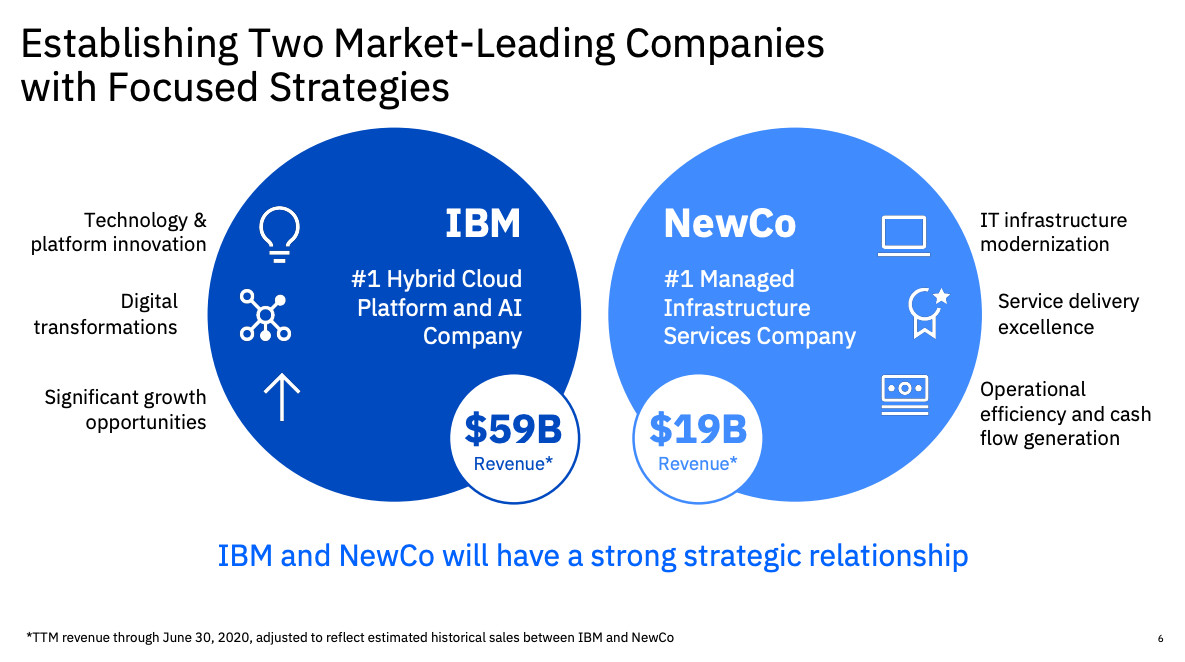 Mr. Arvind said that as it makes its share market debut, NewCo will have $19bn in total sales and will represent 75 percent of Fortune 100 firms.  NewCo will have 90,000 employees and, along with a capital exchange listing, will earn a permanent name next year.