Rumors of Imran Khan’s third marriage are every where on social media. People are very excited to hear the news of Teesri Shadi of Khan Sahab. Imran khan’s Third Marriage Went Viral on Social Media.

This weekend social media was on fire to her the new of third marriage of PTI chairman. PTI party has rejected all the claims on saturday when the news first broke. However a day later PTI leaders revealed that Imran Khan has just sent a marriage proposal yet to Bushra Maneka. Burshran Maneka is a faith healer and she was Imran kHan’s spiritual adviser.

Many PTI supporters were not happy to hear the news and requested Imran Khan to grow up however other said that its his personal issue.

Here are the tweets and post of social media platforms regarding Imran Khan’s Third Marriage.

Many People wanted old bhabi to come back in Imran Khan’s Life: 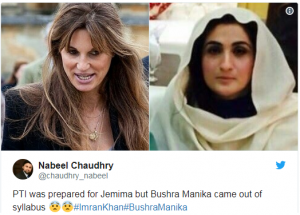 This meme is beyond thinking 😉 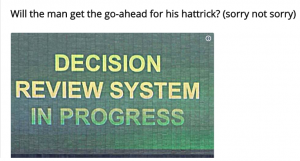 Lets see whether Imran Khan will marry this spiritual adviser for the third time or this whole scenario will end here at social media.