Instagram users are complaining about a strange hack. The users claim that the hack locks them out of their accounts. Moreover, it replaces their login email with a Russian email address as a result of which they are unable to access their accounts. Instagram relies on text messages for 2FA. It is a less secure method than authenticator apps which is one of the key reasons for such strange hacks. The company said that Instagram 2FA Feature will be improved soon so that it becomes less prone to hacking. This Instagram weird hack had affected many users.

Instagram is currently experiencing a weird hack that is making people angry. Users are reporting that they cannot access their accounts. Moreover, their profile pictures have been changed to an animated film. In extreme bizarre cases, their accounts have been deleted. The impacted users took to Twitter complaining that Instagram is not providing any real help in this regard. 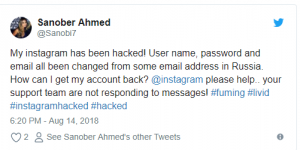 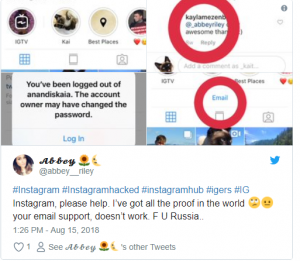 On addressing this issue, the company stated that:

“We are aware that some people are having difficulty accessing their Instagram accounts. We are investigating the “issue” that has caused hundreds of users to lose access to their accounts.”

They further added that:

The company pointed the users to its guidance on hacked accounts. They said that people should cancel any suspicious third-party apps that might have access to their accounts. Instagram further said that the users who have contacted Instagram support will get a response soon. They stated that:

“We have dedicated teams helping people to secure their accounts. If you have reached out to us about your account, you will hear back from our team soon”

The source of the hacks is still unclear. There have been hundreds of reports of hacked accounts on social media since the beginning of August so Instagram promised to sort out the issue. The first thing they have promised to be made better will be its 2FA feature. Improvement in 2FA feature will surely help to combat hackers.