Instagram Launches Live Video Feature. Back in December, Instagram announced its Live Video broadcasting feature for users living in the US. Now the Live Stories feature is officially coming to users outside of the United States.

The company plans to bring the feature to users globally. Stories, which allow users share videos and photos that disappear after 24 hours, rolled out last August.

Instagram revealed in a blog post that those users will be able to enjoy the new feature who have Instagram version 10.0 and above. Previously Instagram said that 150 million people use Stories every day, however it didn’t identify how many users were actively using the live feature.

Also Read: Instagram Rolls Out its Live Video Broadcasts in the U.S.

How Does it Work:

Starting a Live Video on Instagram is really easy. All you have to do is swipe right from the home page or select the camera icon. 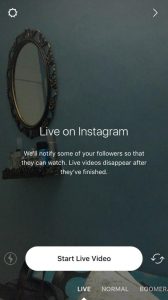 After this swipe right again to go into Live Mode or tap “Start Live Video.” 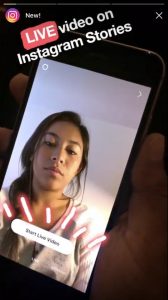 To see what people are recording at any time, go to the Explore panel by tapping the magnifying glass at the bottom of the screen. Prevalent videos will be shown in the top row with marks that say “Live.” 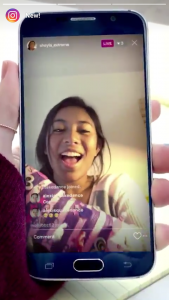 Though the feature has been rolled out globally. But still if users aren’t able to use it or it isn’t available either they have to update their Instagram version or wait for the feature to roll out completely.