Today Instagram announced that the company is testing its new user’s profile layouts. In a few weeks, we will be able to see different rearranged features at the top of your profile that includes different icons, buttons and different way of navigating between tabs. Instagram Profile Redesign mainly concentrate on Users Rather Than Their Follower Count.

The redesign also includes changes to follower counts and it appears to be de-emphasized, as they will now not be present at the top of your profile and are in a much smaller font.  All the social media apps keep on making changes to their apps. Just recently, Twitter made some changes to its iOS app with the goal of prioritizing meaningful conversation on the platform instead of focusing on the user base. 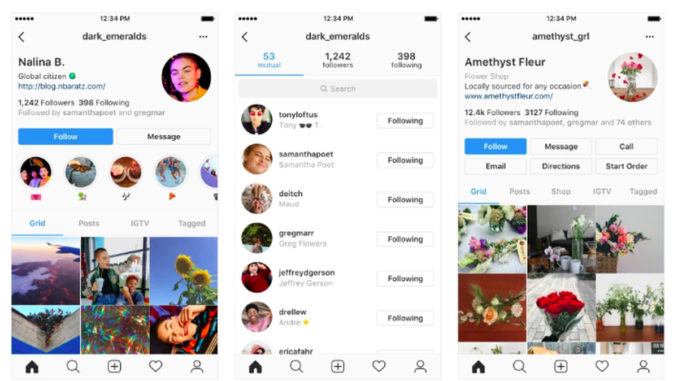 On Business accounts, the “Follow” and “Message” buttons are placed together. IN Instagram Redesign, one will be able to see their mutual followers upon tapping on a user’s Following tab. The grid, posts, and tagged photos icons are now written out. IGTV will get its own separate tab.