Good news for Huawei and for its smartphone lovers. With the current United States restrictions, if Huawei uses American technology and equipment, it was banned from buying or producing Chipsets. Intel was granted the US license to continue doing business with Huawei, according to familiar sources with the matter in China. This means that Huawei will place order for Intel chips for its hardware.

It was recently made public that AMD was issued a license to carry on business with Chinese companies in the banned list of legal entities from the United States. But, the names of the companies that are permitted to carry out business are not yet available by AMD. 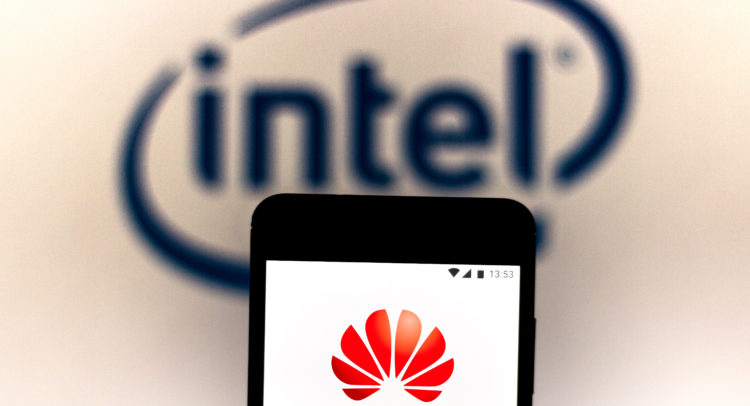 Reports says that the U.S. continues to grant licenses to continue business with Huawei and other Chinese companies. Chinese giant then sooner or later can re-establish relationships with the required suppliers.

Chinese still supports the Huawei Business Massively Despite the Restrictions from the U.S

The price tags for Huawei smartphones have risen against the context of what is happening in China. Prices have now risen by 40 percent compared to January this year for selected items. he cost of Mate 30 RS Porsche Design, for instance, was up $443.7. The cost of the devices rose, on average, by between 60 and 74 $. In minutes, wholesale supplies of equipment are obtained. The price of Huawei products almost hourly is increasing.

Many have decided to purchase gadgets before they vanish from the stores, its the main cause of high demand. it observes that the stock of processors for Huawei would not be long enough.  Due to the blocking of their release, So you can not buy devices from this company in the future.

Analysts predict the company would have sufficient stock of parts until mid-2021. Of course, a lot depends on the speed of Huawei’s production. It would most likely follow the direction of reducing its own variety of products. And restrictions on the number of gadgets manufactured will also be imposed.

Chinese users have been actively supportive of the giant have actively bought their devices all the time since the imposition of sanctions in May 2019. The success of the company on the smartphone market is based on the patriotism of the Chinese this year. We must appreciate them for not turning back from Huawei; however, they are still purchasing of Huawei smartphones aggressively despite restrictions.