By investing $20 billion to build new Intel plants in Arizona, Intel will extend its high-end chip manufacturing operation and capacities. The main goal is to extend the business of the company to larger levels and attract potential clients outside of the USA. 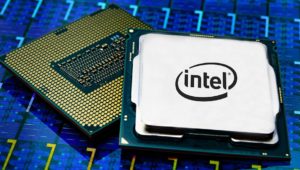 In addition, the US and Europe will be given some balance of power as leaders on both continents are worried about China leading in this field. The firm reported its latest plan and financial guidance for 2021, growth in its shares in Intel increased by 6.3 percent.

According to Intel, approximately $72 billion in revenue and net profit per share of $4.55 expected to be produced. In addition, it has said that it is planning to invest $20 billion in new intel factories.

Currently, Intel is one of the remaining semiconductor companies that design and also produces its own chips.  Competitors such as Qualcomm Inc and Apple still rely on contract manufacturers.

In the original Chandler campus in Arizona, the company intends to spend $20 billion on two new plants employing up to three thousand persons on permanent jobs. The CEO also mentioned that Intel would also grow in Europe and in other parts of the world.

In addition, the firm will not increase the production of its own processors, but it will also gain external consumers through those factories. This is called in the chip industry a “foundry” business model.

You may be also interested in: Lenovo Launched New Yoga Laptops with Intel 11th Gen Processors