Whenever the word Internet comes in our mind, a tempting picture of a world with no directions and no limits comes before us. But this is not the reality. What is allowed in one country may be banned in another country or maybe the people don’t have freedom of access.

According to a latest study by Freedom on the Net, open access to the Internet is not a universal right. 67% of internet users face censorship. Condemning governments, the military or a country’s rulers is prohibited in many nations.

Internet Freedom Around the World has Declined in 2016: Report

The organization ranks each country by its internet freedom: 0 is the best, 100 is worst. The areas in shadowy red score the maximum, in other words, have the least internet freedom. China, for instance, scores 88, and South Africa 25. 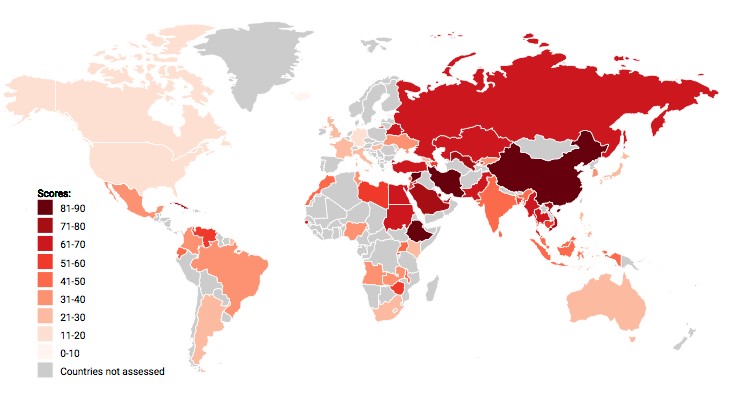 Image Source: Freedom on the Net

Following are the trends highlighted in the Report that affect Internet Access: 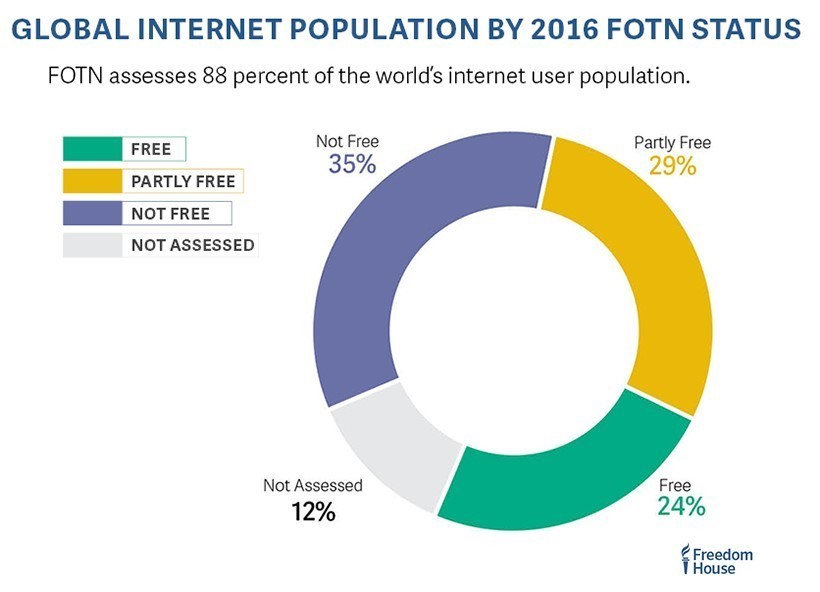 The study further revealed that internet freedom around the world declined in 2016 for the sixth repeated year. And that many people are being penalized for their use of social media.

Internationally, 27% of all internet users face arrest for publishing, sharing, or merely “liking” content on Facebook. Establishments in 38 countries made arrests based on social media posts over the previous year. That’s related to 21 countries where people were arrested for content posted on news sites or blogs. 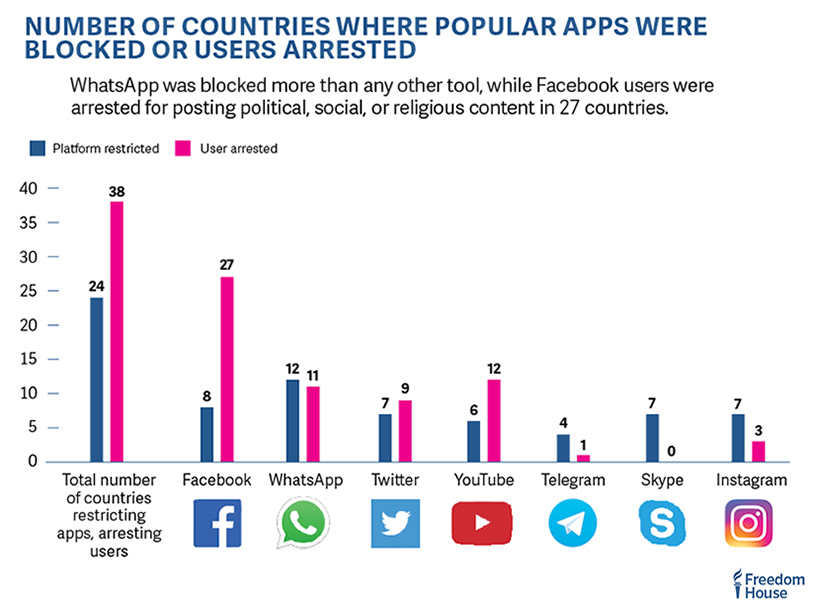 WhatsApp has also faced severe restrictions. 12 out of 65 countries have blocked the whole service or disabled certain features, disturbing millions of its one billion users worldwide, during the period of the study (June 2015 and May 2016).

Sites and pages via which people pledge digital requests or calls for protests were censored in more countries than before.

But it’s not only direct censorship that affects internet freedom. The reports revealed that in some places, free-to-access internet phone suppliers have had their use limited, or even ended.

One other trend emphasized in the report was the surge in authorized changes to allow governments to monitor people’s online communication. This is a subject of strong debate, and is happening in both independent and non-democratic nations.

The most recurrently stated reason for the alterations is governments wanting to guard their residents from terrorist activity. Out of the 65 countries evaluated, 34 have been on a destructive route since June 2015, but 14 countries listed overall improvements. Of the 65 countries assessed, governments in 24 countries inhibited access to social media and communication tools, up from 15 the preceding year.

Here is a short clip of the report: