Apple is expected to launch three smartphones this year. However, according to some rumors, one of them may be an iPhone X. Now Alleged iPhone X 2018 Lands on Geekbench with iOS 12 and many other improved specs.

Also Check: Apple Maps is Reportedly Getting a Complete Revamp

On benchmark Geekbench, the new phone identifies itself as iPhone 11,2 and runs iOS 12. Furthermore, it will have 4GB of RAM and a newer SoC. 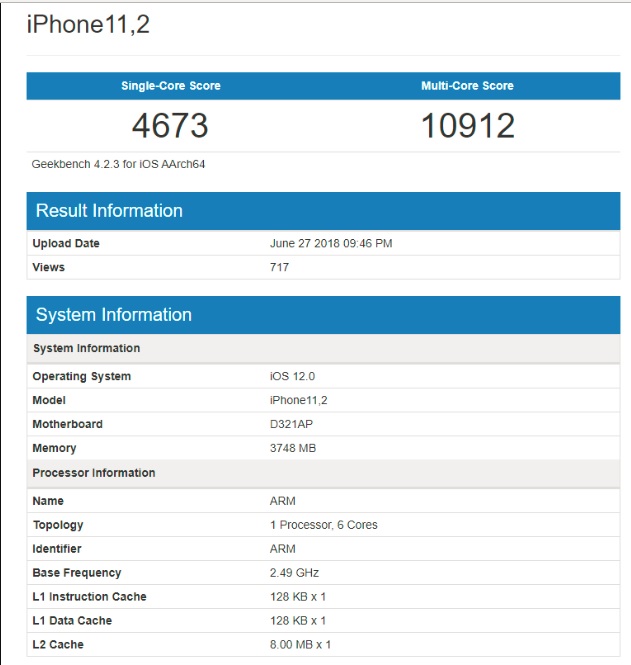 Furthermore, the L1 cache is now larger at 128KB and the base frequency is higher at 2.49GHz, compared to the A11 bionic’s 32KB and 2.39GHz respectively. The biggest improvement in the new Apple A12 chipset is in the GPU.

On the other hand, according to some reports, Samsung is Reportedly Aiming to Manufacture Apple’s A13 Chip Next Year. Samsung will start off by introducing its products in next year’s Galaxy S10 lineup. Furthermore, the company has also reduced quotes in order to attract business from Apple, Qualcomm, and others.

For More Details Also See: Samsung is Reportedly Aiming to Manufacture Apple’s A13 Chip Next Year