Vivo is having an event on December 20 to launch its number of products. vivo is going to launch its latest Origin OS Ocean and iQOO Neo 5s. The phone has already appeared in many leaks and renders. Anyhow, the company has also teased the device and confirmed that Neo 5s will launch with a pressure-sensitive screen. The phone will also serve as the official gaming phone of the Honor of King College League.

iQOO Neo 5s Will Launch with a Pressure-Sensitive Screen

See Also: Best of vivo Y Series in 2021 — A Perfect Blend of Style and Innovation

Additionally, the phone will debut with a Snapdragon 888 chipset. The other main feature of the phone is its 66W fast charging support. iQOO Neo 5s will also feature a 48MP IMX598 main camera with OIS. Some reports are also claiming that there will be an affordable Neo 5s with a Snapdragon 778G+ and 66W charging.

Not only this but iQOO Neo6 has also been spotted on Geekbench. The phone will most likely launch sometime in 2022. This phone has also appeared on Google Play Console and 3C listings. The Geekbench run reveals a Snapdragon 888 at the helm alongside 12GB RAM and Android 11 on top. 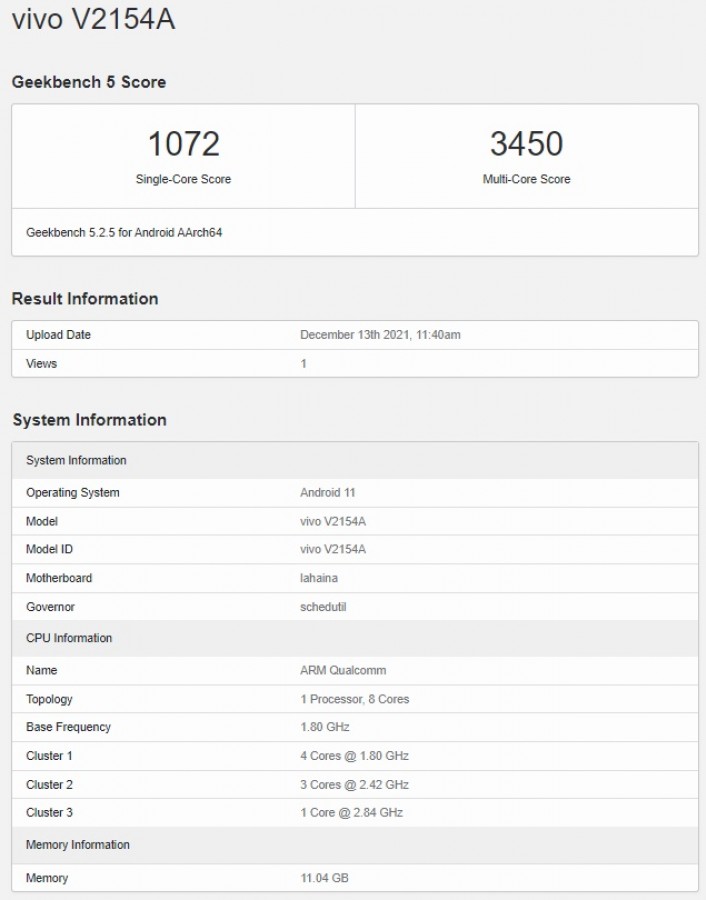 The scorecard is 1,072 points on the single-core test and 3,450 points on the multi-core department. The recent GPC listing also revealed the phone will pack an FHD+ display with a punch hole as well as 66W charging.