March 16, the arrival date of the iQOO Neo5. Most of you already know it but what you were waiting for? The processor details. Right? According to the recent report by the murmurs that the phone will be powered by the Snapdragon 870.

Furthermore, the chipset will be coupled with fast UFS 3.1 storage and up to 12 GB LPDDR5 RAM. A technology developed by vivo for OriginOS known as Memory Fusion, will make the 12 GB feel like 15 GB. It is to be expected that the phone will also have an 8 GB version. 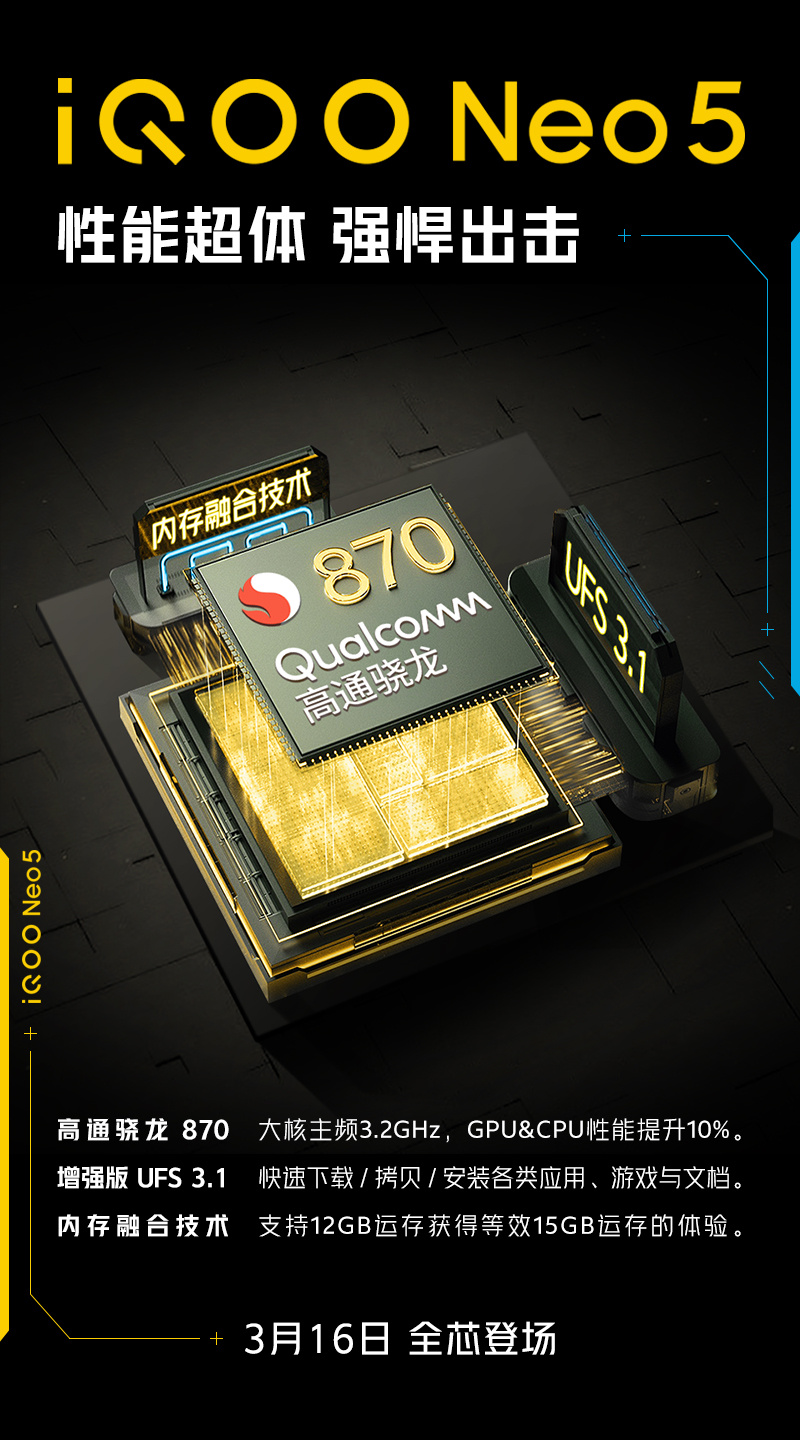 The company has also confirmed that the independent chip will offer better performance, smoother and more realistic screen output with less power consumption.

According to the rumors, the iQOO Neo5 will be coming with a 6.61-inch OLED screen offering a Full HD+ resolution of 1080 x 2400 pixels. It is likely to offer a refresh rate of 120Hz. At the top-center position of the screen, the circular camera cutout will house a 16-megapixel selfie camera. The phone will have a triple camera setup.

The  upcoming phone is rumored to feature a Sony IMX589 lens with OIS as the primary camera, a 13-megapixel superwide lens, and a 2-megapixel sensor. The phone will be having a preloaded OriginOS based Android 11 OS.

The powerhouse of  iQOO Neo5 will be backed by a 4,400mAh battery with a 66W fast charger.