According to the data shared by the State Bank of Pakistan, the IT exports in Pakistan have witnessed a surge of 39 percent to Rs.763 million in the first 5 months the current fiscal year (FY21).

Meanwhile, for the month of November this year, IT exports rose by 51% according to the report shared by SBP. This was briefed by the Prime Minister’s Advisor on Trade and Investment Razak Dawood at a meeting held with the Ministry of Commerce. The experts attributed the rise in export value in the IT sector to the relaxation provided by the SBO with regard to remittances to and from Pakistan. 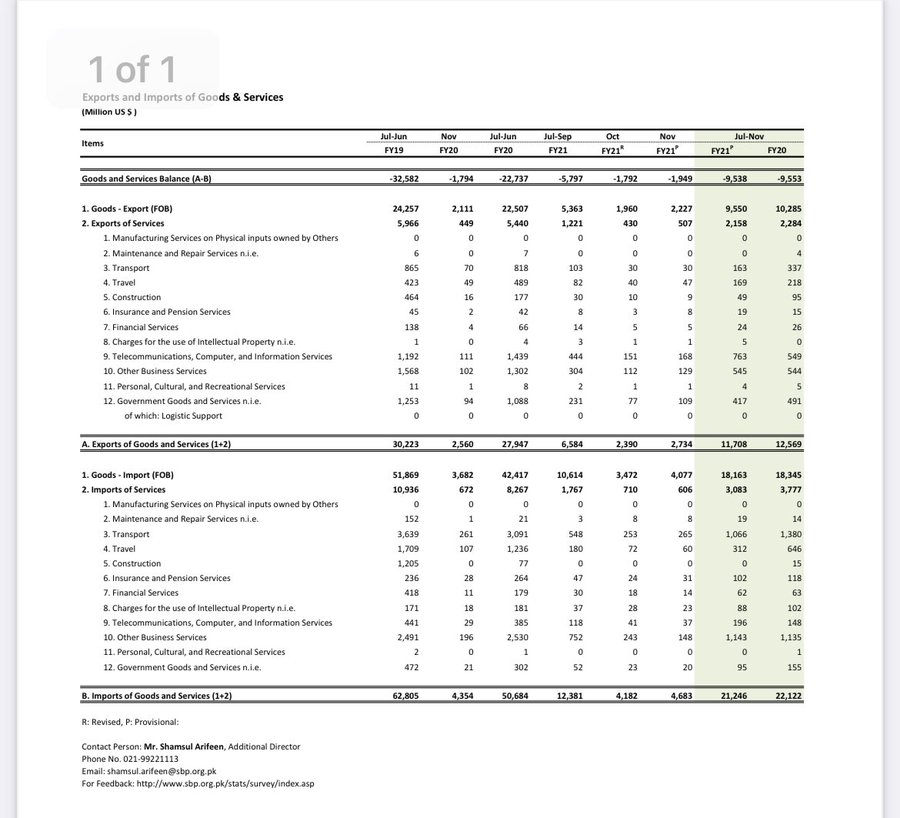 In addition, the Government has introduced numerous benefits, including the tax incentive offered by the Federal Revenue Board (FBR), which has also contributed to the rise in export value.

The world’s dependency on solutions related to information technology (IT) grew during the Covid-19 pandemic and the work of home culture. With this boost, IT businesses continued to remain operational throughout this phase while offering the services from home.

Pakistan is a new base for start-up venture funding as young people invest in entrepreneurship and pursue creative solutions. Development in the domestic market would further increase exports in the coming years, stated by the Ministry of Commerce.

Since remittances and IT exports are excluded from income tax, it seems to be without need to separate inflows. However, it may be still necessary to create an IT ecosystem and establish an IT sector-focused policy.

An analyst from Karachi named Samiullah Tariq, in a tweet made earlier said that the growth in IT exports would “enable quick realization of foreign currency proceed

The meeting was advised that, to date, the National E-Commerce Council has held three meetings to ensure smooth functioning of for e-commerce sector. During the meetings, the issues faced by the private sector have been addressed with all relevant authorities.