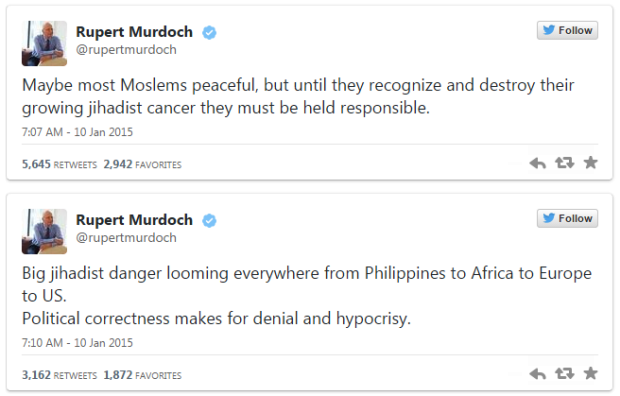 [quote_box_center]Many people responded to Murdoch’s words with criticism, saying it’s unfair to blame an entire population for the actions of a handful. One such person who took notice of his words was J.k Rowling, author of the Harry Potter series.[/quote_box_center] 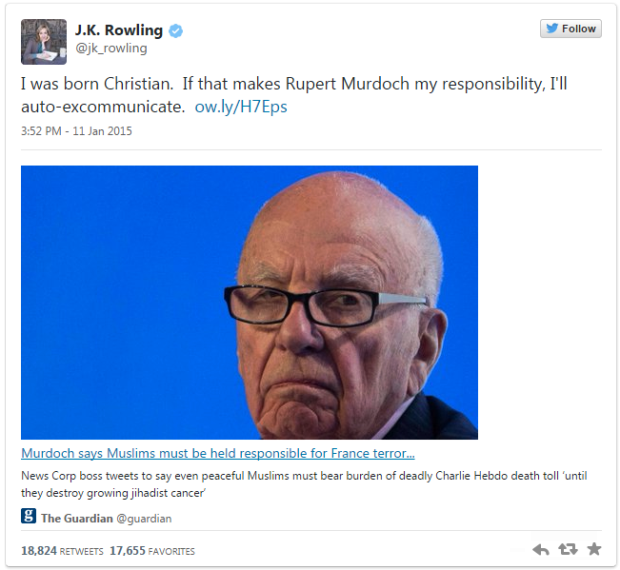 She also took the blame for the Spanish Inquisition, by sarcastically saying that “all Christian fundamentalist violence,” and even reproached televangelist Jim Bakker.

Islam is a religion of peace in the fullest sense of the word and prohibits violence and aggression against anyone. Muslims have been and still are condemning terrorism, how can people even think that all the Muslims in world are responsible for the actions of a few extremists.