Jack Patrick Dorsey is a co-founder and former CEO of Twitter. He is also the founder and CEO of Block, Inc., a financial payments startup.  Jack Dorsey attacks Twitter’s board of directors, claiming that it has “consistently been the company’s dysfunction.”

Jack Dorsey is On Fire

On Saturday, Twitter cofounder and short-term board member Jack Dorsey chastised his social media platform’s board, stating, “It’s repeatedly been the company’s dysfunction.”

“If [sic] dig into the history of [the] Twitter board, it’s intriguing as I was a witness on its early beginnings, embroiled in conspiracies and coups, and notably amongst Twitter’s founding members,” one user tweeted. 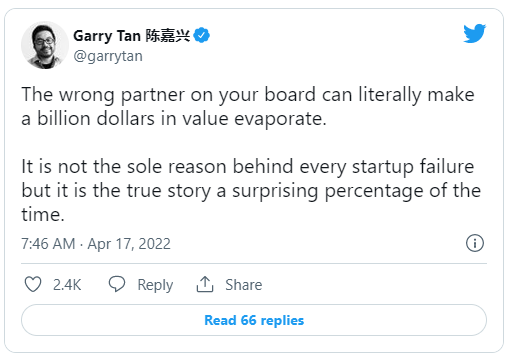 Another user asked, “Are you permitted to say this?” 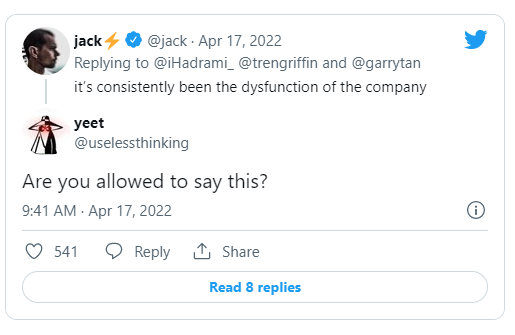 “The incorrect partner on your board may make a billion dollars in value evaporate,” venture capitalist Garry Tan tweeted on Saturday, prompting Dorsey’s response.

“While it is not the single cause of every startup failure, it is the truth in a startling percentage of cases.”

“Good boards don’t make good companies,” one user responded, “but a terrible board will always kill a company.” 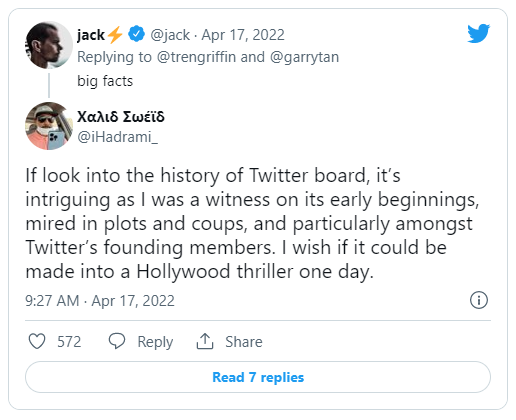 In November, Dorsey resigned as the company’s CEO. According to a Twitter news release from last year, he would continue on the board. Until his tenure expires at the 2022 meeting of stockholders.

Dorsey’s criticism comes after Twitter management issued a limited-time shareholder rights plan. Popularly known as a “poison pill,” on Friday to ward off billionaire entrepreneur Elon Musk’s $43 billion offer to buy the firm. It was made the week before, according to Fortune.

Since Musk’s 9.2 percent interest in the company was declared on April 4, Twitter shares had increased about 15%. Bloomberg claims that Morgan Stanley is counseling Musk, while Twitter has engaged Goldman Sachs and JPMorgan Chase.