At an occasion held at Arfa Software Technology Park, the Punjab Information Technology Board and the Khyber Pakhtunkhwa Board of Revenue signed a Memorandum of Understanding (MoU) for the implementation of an e-Stamping System in KPK. “PITB’s flagship initiative e-Stamping has achieved tremendous achievements across Punjab since its introduction,” stated PITB Chairman Azfar Manzoor. Too far, the e-Stamping System in Punjab has generated a total of Rs. 244 billion in income.” Azfar Manzoor went on to say that the PITB’s e-stamping technology has transformed the old method and computerized the process of issuing stamp paper for the benefit of residents. “Digitizing stamp paper issuing in KPK would enhance income and promote transparency,” he noted. 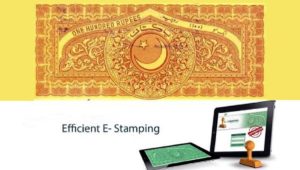 Senior Member of the KPK Board of Revenue Zafar Ali Shah stated that the system will reduce fraud, money theft, and forgeries, which were previously frequent. “In KPK, the traditional way of getting stamp paper will be replaced with a new technology-driven system.” “Implementing a contemporary system in the province with the assistance of the PITB will promote transparency and reduce corruption,” he said. 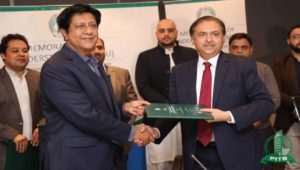 Earlier, in the same spirit, PITB inked an MoU with the Government of Sindh, and e-Stamping implementation is presently underway throughout the province. The collecting of stamp duty has been a significant source of revenue for the Punjab government.

Also read, According to the World Bank, Pakistan Is Not Ready For 5G

The centuries-old method has severe concerns with citizen facilitation, such as revenue leakage through bogus and fraudulent operations. The e-Stamping System has drastically changed the traditional stamp issue technique, reducing the issuance time from 2-3 days to approximately 15 minutes.