Continuously, we are listening leaks about Huawei’s latest flagship smartphone from different sources. Now this time flagship has been photographed from the front and we got the images from reliable source. Unfortunately, in latest Images of Huawei Mate 20 Pro the device is protected by a large case.

The large case is hiding certain design details such as the exact size and shape of the device. However, the large 6.9-inch curved AMOLED display can be seen with a large notch towards the top. 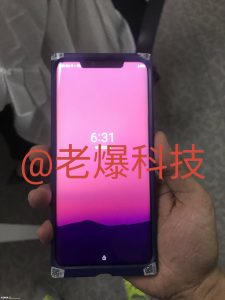 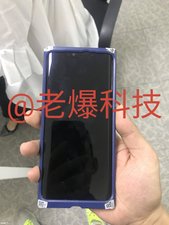 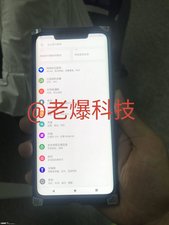 The images are also giving the clue about updated lock screen that can be found within Huawei’s latest software, the EMUI 9.0 custom overlay, based on Android 9 Pie. In addition, a look at the new settings menu can also be seen in the images, by inspecting this, that indicate the presence of 128GB of storage.
The Huawei Mate 20 Pro will give its international appearance in London on October 16 with smaller Mate 20. The Huawei is expected to open up a pre-order period that will precede official shipments a few weeks later.
Read Next: Huawei Mate 20 and Mate 20 Pro Screen Resolutions leaked
Zainab SaeedLast Updated: Sep 7, 2018
Share
Facebook Twitter Pinterest