TCL Communication is all set to announce BlackBerry KEY2, a successor to BlackBerry KEYone. The codename for BlackBerry Key2 is Athena however the company has not shared any information regarding the device officially.

However as usual, Before the device launches, we come across to several rumors, so we can expect that we have some information about it BlackBerry KEY2.

The Blackberry KEY2 was found at TENNA and has also received  Bluetooth SIG and Wi-Fi Alliance certifications. It means that the device is just ready to be announced officially. The successor KEYone was launched last February. It means that may be BlackBery will launch by the end of this month. If it doesn’t launch by the end of this month, time is near when the device will debut itself.

Specification and Feature of BlackBeryy KEY2: 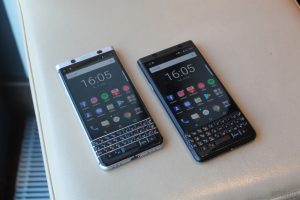 Right now there is no information how much BlackBeryy KEY2 will cost however when we look at its predecessor ut was $550. We can expect that BlackBerry KEY2 will be cheaper.

Are you people going to buy this handset? If yes let us know the reasons to buy it?

Also Read: How to become a BlackBerry 10 Support Specialist and prepare for its exam