Huawin lovers anxiously wait for its devices due to the reason that this Chinese smartphone brand is producing some good devices. After launching many great devices with extraordinary experiences, Huawei P40 is in the lineup, and people are anxiously waiting for the mobile phone. Usually, when the device is near, we get several rumours and leaks associated with the devices. This time it’s P40 turn to make its appearance to people. We have got live photos of Huawei p40 Pro, which clearly shows that the device is in the testing phase and is soon going to be launched.

The images of the phone are taken at the subway, and we can assume that it would be in the hands of some employee who was testing it. In the image, we can easily see the dual hole-punch display and cut-outs at the upper left corner of the device. 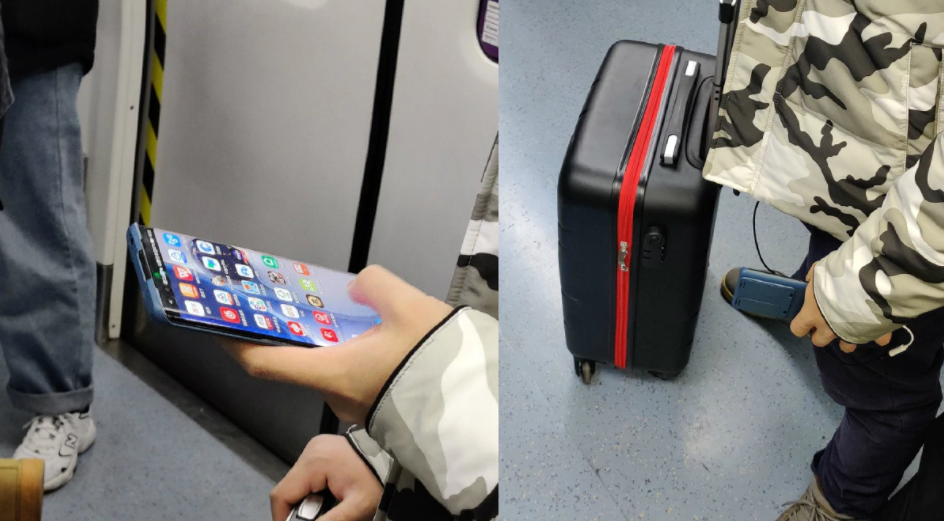 These live photos were posted on the Weibo, but it seems that the company wanted to keep it private so these images were removed. However, this photo was again shared on Weibo by another user who revealed some more details of the device. The device has curved edges on the sides, and a black status bar can be seen on the top portion of the display. The case completely seals the back of the devices.

These live photos have also confirmed the past renders of Huawei P40 Pro which revealed that the devices would have a rectangular-shaped quad-camera setup. The phone will have 52 MP sony image sensor with 1/1.33-inch size. According to rumours, the device will come in five colours- Black, Blush Gold, Silver Frost, Deep Sea Blue, and Ice White.

Right now we don’t know the launch date of the device, but as the device is distributed to employees for testing, it is clear that it is going to be launched soon.

Let us wait and watch!