Nokia is about to celebrate one year anniversary of its first Android powered smartphone. On the anniversary HMD Global has planned to launch flagship Nokia handsets. Leaked Nokia 9 Specs Reveals an Important Feature is Missing.

As the launch of Nokia 9 is near, time by time more features of flagship device is leaking out. The latest leak has many good features however the most basic and important feature is missing.

Latest leaks reveals that Nokia 9 has two most important features. One is fingerprint sensor and the other one is large OLED screen. No doubt Nokia 9 is considered to be more premium phone than Nokia 8 however this Phone has a big miss.

The component that is missing in Nokia 9 is Qualcomm Snapdragon 845. We already know that what happened with HTC U Ultra and LG G6 after the two OEMs chose Snapdragon 821 processor. Both are offering huge discounts to sell their phones. 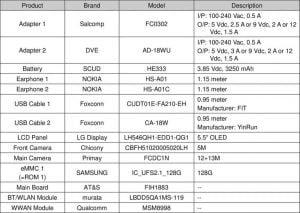 According to the rumors, Nokia 9 will come with a curved glass display and dual rear cameras set up. The phone will have a 5.5-inch, bezel-less, QHD display. To make the phone’s performance more faster, the phone will have 4 GB of RAM. Whereas, it will come in two storage variants, one will have 64 GB and other will have 128 GB internal storage.

We will keep on updating our readers regarding other key features of Nokia 9. Till then let us know in comments that how Nokia will be affected by missing Snapdragon 835.