We have got some new exciting news for you! According to the Korean site, The Bell, Samsung is all set to release Galaxy Note 9 but also Galaxy S10 and Foldable Galaxy X. According to The Bell, Samsung Plans to announce Galaxy S10 in January and Galaxy X in February. Probably both the devices will launch either at CES or MWC. The Bell has also given us some more details regarding leaked specifications of Galaxy S10 & Three Screen Foldable Galaxy X.

Samsung usually does not launch two devices together but is sees that Samsung is prioritizing Galaxy X over its other best selling smartphones. it clearly shows that Samsung’s foldable phone is going to be a showstopper.

Bell also gave some information about the hardware of both devices. According to new leak Galaxy S10 will have an in-display fingerprint sensor and 3D facial scanner as well. It would be just like iPhone X FaceID.

Whereas Galaxy X is expected to Feature three 3.5 inch OLED displays which can unfold to create a tablet and when folded it can make a device as compact as it can be. 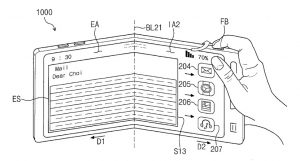 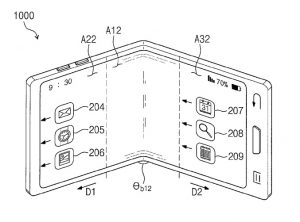 Foldable Galaxy X is in news for some time now, however still not one is totally clear how the device will actually look like. Indeed multiple Samsung design patents have suggested that Samsung is considering several configurations. Some see two display sections hinge along their longer edges, unfolding into a wider rectangle like a book. Others join at their shorter edges, like an extended clamshell phone.