Lenovo has officially announced the launch date of its next gaming smartphone, Legion 2 Pro. The company announced its arrival on 8th April, which will definitely competitor of the ASUS ROG Phone 5 and Xiaomi Black Shark 4 series.

The news broke from Lenovo’s official channel, where he posted a teaser stating “a hero that comes out to solve problems others can’t” So, we must expect a special feature in the upcoming gaming phone that will make the device unique from its rivals. The Lenovo Legion series also provides a special camera layout to allow smooth streaming and playing. 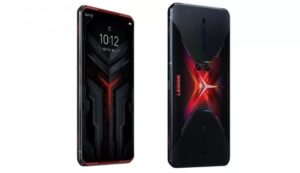 As per reports, a 65W fast charger will come with the device. The Lenovo Legion Pro predecessor has dual USB-C ports and allows users to connect 45W fast charge. This allowed 90W to be charged by phone. Therefore, it is also possible for the Legion 2 Pro to provide up to 110W charging speeds by connecting two 65W chargers if it features a pair of USB-C ports.

In leaks, the Lenovo upcoming device showed that the device is powered by Snapdragon 888 and has 16GB RAM, furthermore, the device will run on Android 11 OS. In addition, the company revealed last month that a double-turbo cooling fan will be available on the smartphone. 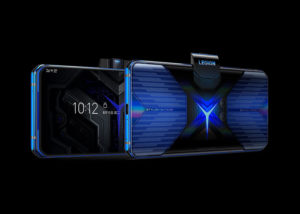 The original Legion Pro was built to provide games with comfort and convenience by keeping them horizontally. The Legion 2 Pro continues to focus on a horizontal game experience according to the leak reports. It will also have a high refresh rate OLED panel but it is still not clear whether 144 Hz or a higher refresh rate would be supported. The Legion 2 Pro could be equipped with a side-mounted pop-up camera like the previous edition. Now we have to wait to know complete features and other details until its official launch.

You may be also interested in: Lenovo ThinkPad X13 Gen 2 Series Launched with Upgraded Processors