We all know that Lenovo launched the S5 smartphone back in March. Now the company is all set to launch its successor that is Lenovo S5 pro next week. The company has sent invites revealing its launch date. Lenovo S5 Pro launch date is set to be October 18. The phone will see the light on October 18 in China.

Recently, Lenovo has published an invite poster on Weibo. The poster confirms the arrival of the Lenovo S5 Pro in China on October 18. In addition to that, the poster gives us a glimpse of the smartphone with two front cameras. Let’s have a look at that: 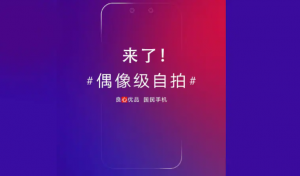 A few days back, the Lenovo S5 Pro TENAA listings showed up. They revealed some specs of the upcoming phone. According to them, the smartphone will sport a 6.18-inch display. Dimensions of the phone will be 154.5×75.45×7.7mm. It will be powered by a massive 3,500mAh battery. Furthermore, it will sport dual front and rear cameras. The handset will come with 3GB RAM + 32GB storage, 4GB RAM + 64GB storage, and 6GB RAM with 128GB storage options. It will have an expandable memory up to 128GB. Moreover, it will run Android 8.1 Oreo out of the box. It will sport dual-SIM slots.
The Lenovo S5 Pro dual camera setup will include the 20-megapixel+12-megapixel rear cameras with LED flash. The front camera will have 20-megapixel and 8-megapixel sensors. Furthermore, it will feature a rear fingerprint scanner. Lenovo S15 Pro Color options include Black, Red, Gold, Silver, and White.
Moreover, there are still no words about the global availability and pricing of the phone. However, there are only a few days left in its launch. So, just wait and watch what comes next ahead of its launch.