Last month, Lenovo launched a smartphone with a 95% screen-to-body ratio which was the Lenovo Z5 Pro. The smartphone comes with a sliding screen and the Snapdragon 710 SoC. After that, a high-end variant of the Lenovo Z5 has been spotted on TENAA called Lenovo Z5s. Recently, Lenovo Z5s Hands-on-images surfaced that revealed the display hole design of the phone.

We all know that Huawei and Samsung are already working on the display hole designs. Now, Lenovo has also come forward with a new design having a hole punched in the top center. Lenovo Z5s Hands-on-images offer a close look to that. Let’s have a look at the images. 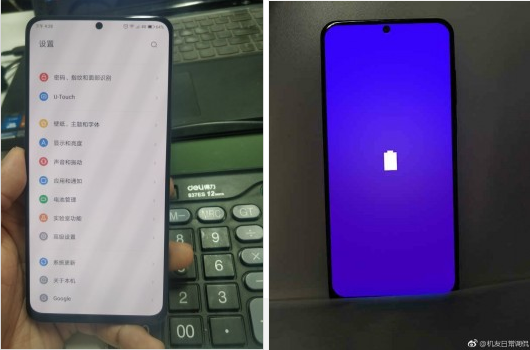 The handset was spotted on TENAA a few days back. According to the listings, the Lenovo Z5s will come with a water drop notch display and triple rear cameras along with an LED flash. The triple cameras on the back will be divided into two separate modules. The Lenovo Z5s will feature a rear-mounted fingerprint sensor. According to the listing, this upcoming new phone will measure 156.7×74.5×7.8 mm and will have a 6.3-inch display. The powerhouse will be fueled by a 3,210 mAh battery. There are no further details about the handset yet but the reports say that the device might be the first phone to come with the Snapdragon 8150 chipset.

There are still no words by the company about this upcoming variant yet. However, it is expected that the phone will go official in December. So, hopefully, we will not have to wait too long in order to know more about this phone.