October 8, 2013: LG announced all the details for their upcoming product i.e. the curved screen smartphone. Its weight is 177g, has a 6-inch but 720p curved OLED display, powered by a Snapdragon 800 processor and has a 2GB RAM, it consists of a 13-megapixel camera above the two rear control buttons, which is now LG’s thing. If we compare it with the Samsung’s Galaxy Round, the screen on the G Flex arcs from top to bottom, not side-to-side, which at least makes a little bit more sense to us, hopefully fitting in better to the curvature of the users’ face. 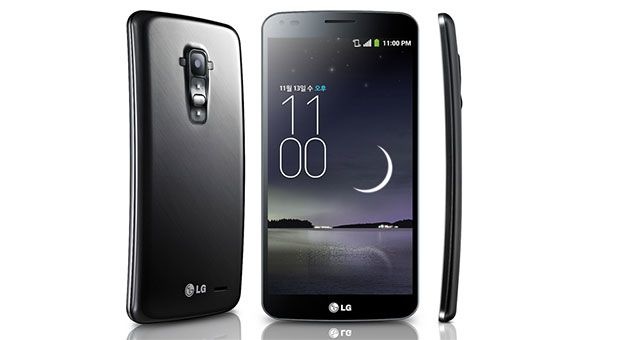 Like LG’s recent G2, there’s high-fidelity audio recording and playback, dual-window app functionality and tap-to-wake on that substantial touchscreen. There are also special animations, depending on where and how you unlock the phone. The Korean press release is also reporting that there’s a self-healing coating that can repair hairline scratches on the rear of the phone. LG says they are repaired “within minutes.” Korean smartphones with the power to control the elements are, however, still TBC. The G Flex will arrive on Korea’s three major carriers next month — but (again) there’s no word on the global roll-out, hinting that the smartphone could well be a test model for the company.