LG is planning to launch its most awaited smartphone G7 ThinQ on May 2nd. Now just one day before the launch LG G7 ThinQ Hands-on Images Leaked. The leaked images give us a hint of the phone’s display size. 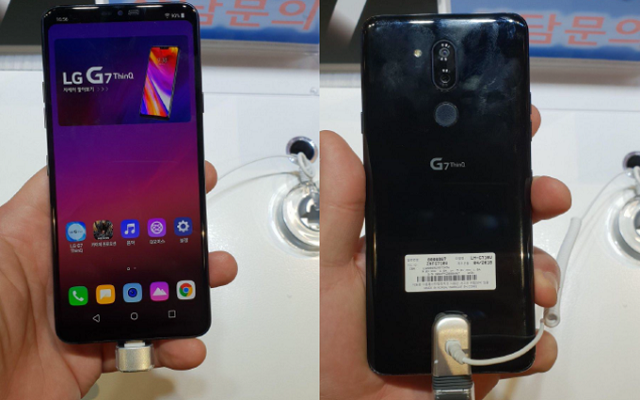 As we can see from the picture, LG’s new flagship sports a large display on the front panel alongside minimal side bezels and a small chin down below. Moreover, there is a small notch that is home to a front-facing camera and an in-ear speaker.

According to rumors, one of LG G7 ThinQ‘s side buttons is a dedicated Google Assistant button. This means the G7 ThinQ will be the world’s first phone to offer a physical way to call up Google’s digital assistant.

The company has not revealed any information regarding the phone yet. However, some rumors are claiming that LG G7 will feature 6GB of RAM and 64 GB or 128 GB of storage. Moreover, it will come with Qualcomm Snapdragon 845 chipset. The phone will use LDC display to cut cost.

Apparently, this will be the first smartphone which will bring 3D surround sound effects at up to 7.1. It has been reported that LG G7 ThinQ will be officially announce on 2nd May. “Boombox Speaker” must be a good news for audio lovers.