LG introduces V10- The World’s First Ultra Phone. The phone has two screens. The main screen is 5.7 inch QuadHD display. In addition to the main screen there is a smaller secondary screen that is physically connected to it, but operates as a completely separate display.

The phone has Qualcomm Snapdragon 808 processor, 4GB of RAM and a removable 3,000 milliamp-hour battery. It also has 64GB of internal flash storage, which can be expanded to 200GB via microSD card. The V10 also has a 32-bit HiFi DAC and headphone amp for high-res audio playback. The phone runs Android 5.1.1. Lollipop but soon LG will use Android M in its upcoming phones.

The phone’s frame is made from 316L stainless steel and the back made from Dura Guard, a silicone-like material that can absorb shock like no other device when the phone’s dropped.

Moreover the phone has two front-facing 5-megapixel cameras for ultra-wide selfies. On the back is a 16-megapixel camera with a laser autofocus sensor, the same camera from the LG G4 and f/1.8 aperture for spectacular low-light shots. 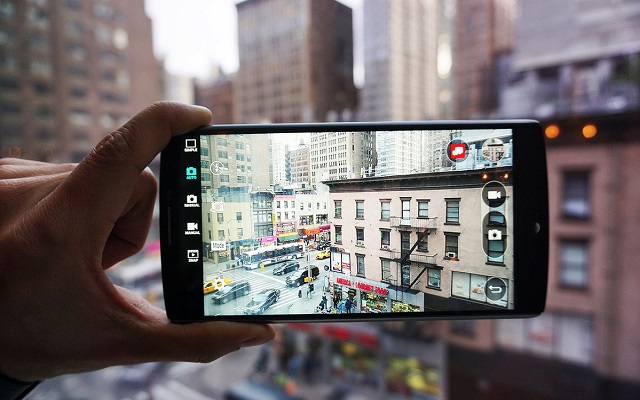 Another cool camera feature automatically edits down long video clips into digestible 15-second ones. It does this by analyzing motion vectors to pick out the most appealing shots to compile.

Below the camera there is a fingerprint sensor that’s also the power button. LG’s signature rear-positioned volume buttons are also present on the V10 as well.

The new phone will be available in five colors like in Space Black, Luxe White, Modern Beige, Ocean Blue and Opal Blue. 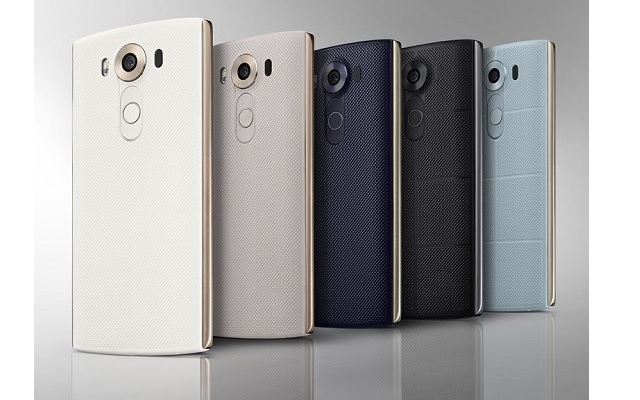 The phone will be released in the U.S., China and other countries in Asia, Latin America and the Middle East during this month. the expected price of the phone is $600+.