Like most of the other smartphone makers, LG keeps on filing different patents for its upcoming handsets. The company always tries to bring some innovative designs to give a tough competition to the tech rivals. Recently, Turkish Patent Institute has granted LG Electronics a patent of the handset with a punch hole front camera design. The New LG Patent depicts a punch hole in the top left corner of the screen of the smartphone.

The All-new Lg’s Patent hints at a smartphone with Punch Hole Camera Design. The schematics show the punch hole in the top left corner of the screen. The design seems quite different from Samsung’s Punch Hole Camera Phones. I think that LG is trying to bring something different. That’s why they are working on to bring a phone with a punch hole at the left corner, completely different from Samsung’s top-right placement. Let’s have a look at the patent filed: 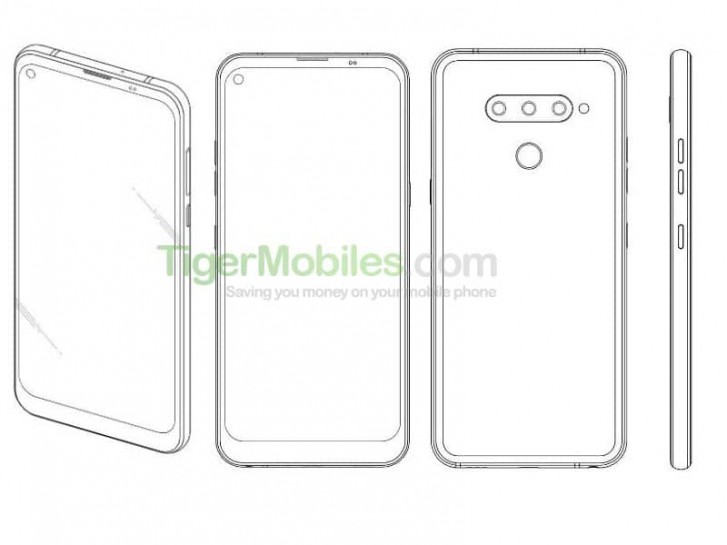 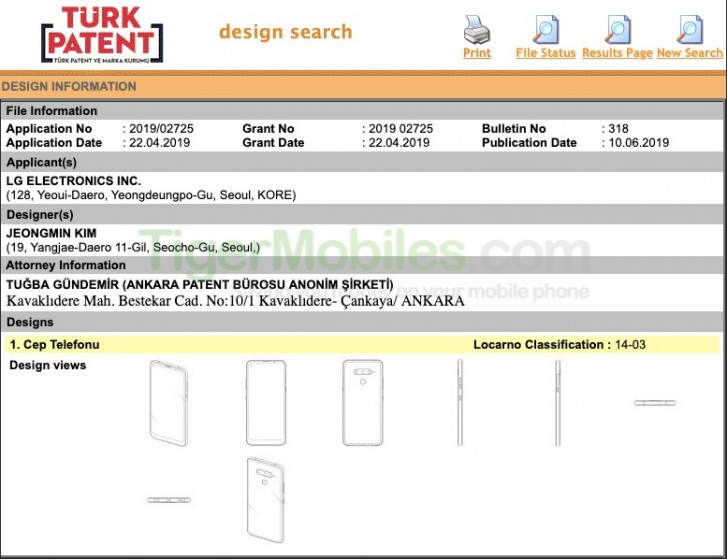 Moreover, the back of the phone closely resembles that of the LG V40 ThinQ. It has vertically aligned three rear cameras at the back similar to the V40 ThinQ. So, the back panel doesn’t seem different to me. Furthermore, it is expected that the company will now adopt under-display fingerprint readers at this stage.

We can’t say anything for sure right now as there had been no official words regarding this by the company yet. We will surely share it with you guys when we will get to know more about it. Let’s see what comes next. Stay tuned for more updates.