The Mac Mini is sometimes ignored in Apple’s lineup, yet it is one of the company’s most popular laptops for good reason. It’s the ideal machine for people looking for a low-cost Mac desktop. The 2021 Mac Mini is one of the first Apple laptops to operate on Apple’s new, self-built ARM-based CPUs, the M1, rather than Intel processors. It is suitable for the live streamers.

The computer has the same size and form, with a depth and width of 7.7 inches and a thickness of 1.4 inches. The previous-generation Mac Mini came in the same silver as the M1 Mac Mini. 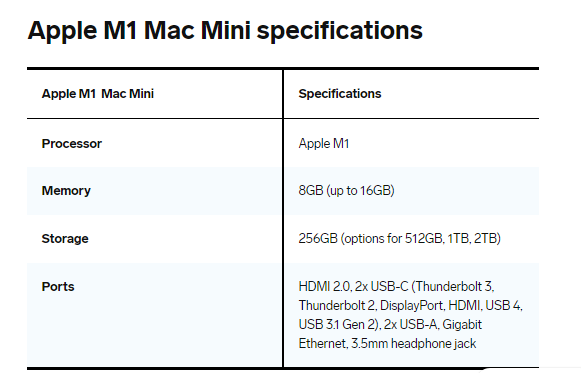 It is Super Fast

A Mac mini with greater power and speed than previous versions will allow you to work, play, and create, making it ideal for home offices, gaming, music production, digital art and signage, and more. 8GB of RAM adds to the Mac mini’s performance, ensuring seamless multitasking and allowing the computer to swiftly access commonly used files and apps.

The M1 Mac Mini is a worthwhile purchase for anybody looking for a reliable computer that can handle most productivity activities due to its superior performance.