Infinix Mobile Maker is a Hong-Kong based company that has recently announced a new handset named as Infinix Note 6.

The all-new handset features a 6.01″ FHD+ Always-On AMOLED display. Note 6 comes with a 16MP selfie camera. In addition to that, the phone boasts a triple camera set up at the rear. It is the combination of a 16MP main, 8MP ultra-wide, and 2MP depth sensor units. Together with that, around the back, there is a fingerprint reader as well.

The Note 6 is powered by the Helio P35 SoC that’s coupled with 4GB RAM. Furthermore, it runs XOS 5.0 atop Android Pie straight out of the box. The phone has 64GB of storage onboard which can be further expanded by up to 128GB with a microSD card. 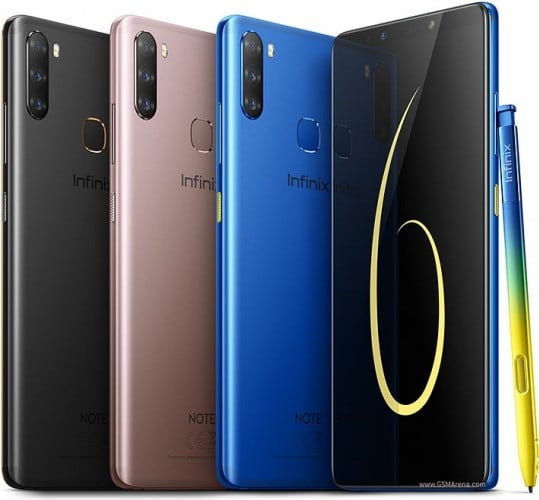 The best thing about the phone is that it ships with a stylus called X Pen. The X Pen seems quite similar to that of the Galaxy Note pens. It comes along with AI and AR and lets you “create immersive sketches or notes in any space within reach”. In addition to that, the X Pen allows you to use a feature called AR Measure to measure the objects in the real world.

The Note 6 boasts a massive 4,000 mAh battery to keep the lights on. The Color options of the handset include Midnight Black, Mocha Brown and Aqua Blue colors. I really loved the Blue One as it comes with a gold-colored power key. It seems quite cool. The Infinix Note 6 Price is expected to be around $200.