Meizu has released the first official launch poster of the upcoming Meizu 16 series. The poster confirms that the Meizu 16 will launch on August 8. Also, the 16 Plus is expected to launch alongside it. Moreover, both phones get 3C certification. It means both phones are ready to launch.

The launch poster showcases the front design of the smartphone. The image shows that the handset does not feature a notch. It also houses a selfie camera. The bottom bezel appears to be of equal size. Moreover, it will be Meizu’s first phone with in-display fingerprint scanner. The poster of the Meizu 16 also states that Snapdragon 845 SoC will be present inside it. 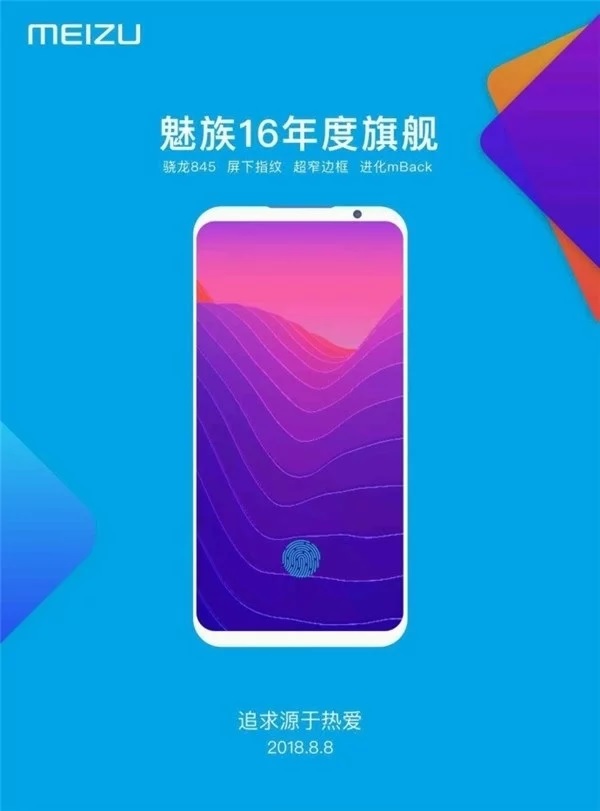 Also, both devices get 3C certification. A screenshot of the document shows that both devices (with model numbers M882Q and M892Q) are now eligible for the Chinese market. Unfortunately, the listing doesn’t give away anything specific about the devices.

Recent reports have revealed that the Meizu 16 and 16 Plus will be arriving with Super AMOLED screens. The 18:9 aspect ratio displays on both smartphones. The Snapdragon 845 SoC is also expected to power the larger Meizu 16 Plus. These phones are expected to be available in 6 GB and 8 GB RAM options.

Let’s see what Meizu will offer on these smartphones.