Meizu 16 and 16 Plus has recently launched with some key specs. At the time of launch, the company’s CEO himself confirmed that a third alteration called Meizu 16X is in the works. Now Meizu 16X Appears on Geekbench Carrying Snapdragon 710 SoC.

Also, the device will come with Android Oreo operating system. The phone will have 6 GB of RAM and 64 GB of internal storage. 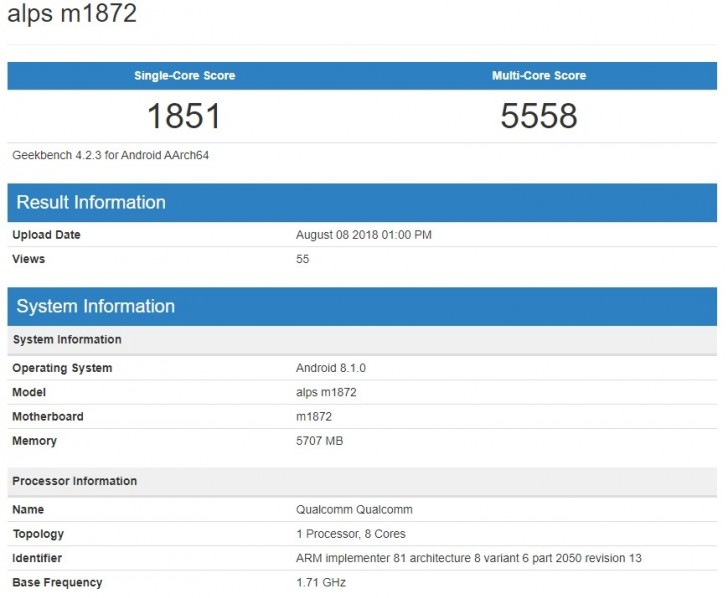 The company has not revealed any further information about the phone yet. But if we see the specs of the Meizu 16 and 16 Plus, we hope better specs in the Meizu 16x as well.

The Meizu 16 and 16 Plus have almost same specs but with a little change. Both phones have a Snapdragon 845 behind the wheel. Meizu 16 will have a 6″ screen and the 2,950 mAh battery. On the other hand, Meizu 16 Plus has a 6.5″ Super AMOLED display. However, the rest of the specs are identical to the larger version.

See Also: Meizu 16 and Meizu 16 Plus Specs Revealed Just A Day Before the launch