Covid-19 has damaged the economy and business system since its arrival. People get used to the pandemic and started new ways of functioning. Life was pretty much back on track. Lockdowns have worsened the economic states of the world in the past years. Yet again, with the emergence of the Omicron variant, the condition is going towards more lockdowns. Likewise, with the outbreak, Many Chinese cities were put into lockdown. Because of that, there is now a shortage of chips. And the technology manufacturers are facing major issues. Yes! Those tiny chips are the essence of PCS, smartphones, laptops, and data centers. 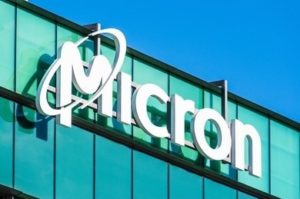 According to a Reuters report, the world was facing the shortage earlier, and now with the new lockdown (December 23, 2021), things will go in an unlucky direction. Micron Technologies is among the biggest chip supplier in the world. As it is located in Xian city, there is a delay in DRAM memory chips supply. Micron Technologies have admitted the delay and shortage themselves. DRAM memory chips are commonly utilized in data centers. The organization is currently focusing on minimizing the risk of virus transmission, in connection with the Chinese government’s policy to quickly control any virus outbreaks that arise. At Micro Technology, they practice physical separation and on-site testing.

Lockdown Effect on Smartphones and PCs

For the last year, the worldwide chip scarcity has had a significant impact on smartphones and computers. It is particularly true for low-cost and budget-friendly smartphones, which help manufacturers boost sales. It appeared a few months earlier that the situation was under control, as output was progressively increasing. The recent shutdown in Chinese cities, though, will yet again impact all gadgets around the world.

Hopefully, the shortage won’t turn that bad, and the companies will cope with the situation.

You may be also interested in Local Mobile Manufacturing Doubles as Compared to the Imports: Report