Delays, cancellations, and launching are a part of IT-related products whether hardware or software. A similar thing happens recently. Meta has shelved a software operating system that the business had been developing for ages, and that would have driven not only Oculus VR but AR headsets also.

The Information speaks with insiders. According to two people knowing the matter, “the progress on a modern VR/AR operating system was in the pipeline for many years and engaged hundreds of staff”.

Meta presently runs its Oculus series of VR headsets on a customized version of Google’s Android OS. Meta sought to develop its own operating system, internally termed “XROS,” to overcome the technological and logistical challenges of adopting a third-party OS. That means you’ll have to upgrade your own altered OS whenever Google updates Android to fix security vulnerabilities or make other modifications. Modifications to a changed Android OS might also reveal technological concerns, as the OS was initially built for smartphones but has subsequently been adopted for other hardware, such as virtual reality headsets. 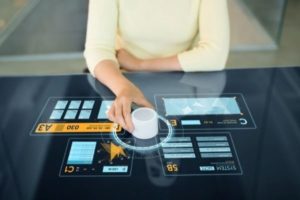 Why Meta Scraps the OS?

After spending so much effort and money on a VR/AR operating system, it’s vague why Meta changed its mind. Meta is said to still be working on its own operating system, and XROS or parts of it may be revived in the future. In November, Meta notified workers of the decision to suspend development. This occurred after Meta’s project lead, Mark Lucovsky, a prominent Microsoft engineer, left his position. Lucovsky soon joined Google in December to focus on an augmented reality operating system.

After the 1 Hour interview featuring Frances Haugen last October, “successive reviews of the material submitted to the SEC, and the firm’s latest metaverse-centric emphasis,” Lucovsky informed The Information he chose to depart Meta.

You may be also interested in: Shipments of Mini-LED Panels are expected to increase by 80% in 2022